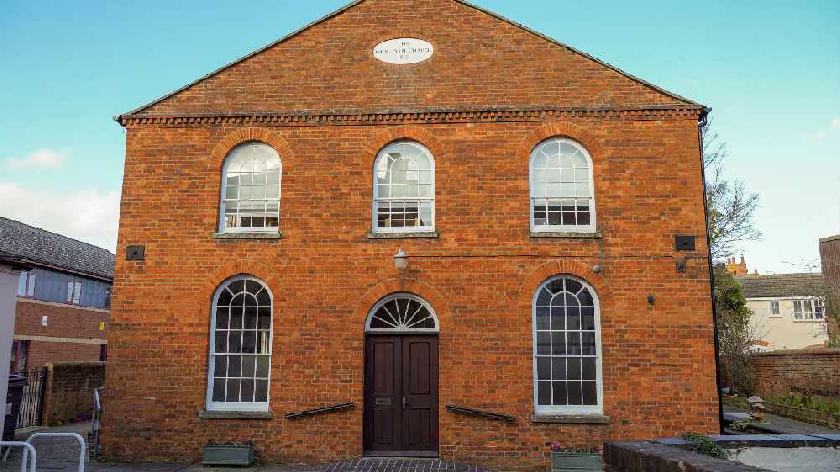 A church that was built in the year the Duke of Wellington defeated French emperor Napoleon at Waterloo is set to receive a Zoom-inspired new lease of life.

Newport Pagnell Methodist Church has applied to Milton Keynes Council for permission to install equipment that will allow its services to be seen by people who cannot get to the High Street building for whatever reason.

Joanne Balmforth, the Methodist Church’s London-based conservation officer, has told MK Council that the church’s normal Sunday morning attendance is about 50, mainly from the sheltered living homes nearby.

Only two families with children have been worshipping regularly at the church that was built in 1815.

But during the pandemic its services have been conducted via Zoom, with more than 100 contacts, many who have been couples.

Leaders of the grade two listed church also see the potential to attract a younger group of people from housing growth in the area.

Installation of a fixed motorised screen, a projector and camera, an arm mounted 55 inch LED display will be carried out at the red brick building by Consolidated Audio-Visual Solutions (CAVS).

Background papers presented to the council say that about six years ago the church’s council agreed to install a screen an video equipment.

But nothing was done partly because of problems getting a rental income from adjacent premises. These have not been fixed, giving a steady rent income.

“Newport Pagnell Methodist Church is over 200 years old and the Church Council and community are keen to preserve its original features whilst installing equipment to meet the worship needs and expectations of the 21st century,” reads a supporting statement to MK Council.