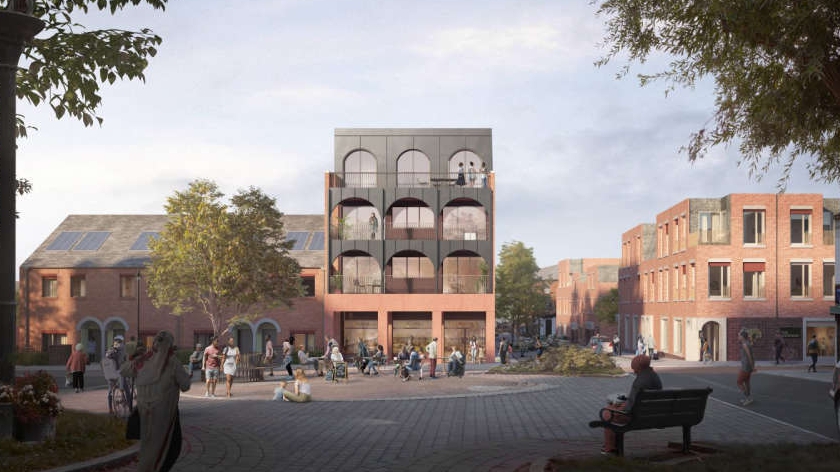 Multi-million pound investment in the regeneration of Wolverton Town Centre has been given the green light.

Altogether, £45m will now be invested in Wolverton, on the northern edge of Milton Keynes, over the next three years.

Mole Architects and Mikhail Riches have won planning for their scheme to replace Agora shopping centre with 115 new homes.

The project promises to deliver homes for rent that will be 7% bigger than national space standards and reduce carbon emissions against standard Building Regulations by 70%.

The 1.3ha housing-led development will feature new independent shops and community space laid out around new and reinstated streets including the restoration of the long-lost Radcliffe Street.

Developers say the project will create ‘a series of car-free streets and shared courtyard gardens’, which will ‘provide a safe environment for children’s play and neighbourly living’.

The Council is set to press ahead with long anticipated next steps including the demolition of the now shuttered Agora Shopping Centre which is earmarked for a January start to avoid disruption to Christmas trade.

The first homes are expected to be made available in 2023.

READ MORE: The Agora Centre to be demolished as part of Wolverton regeneration