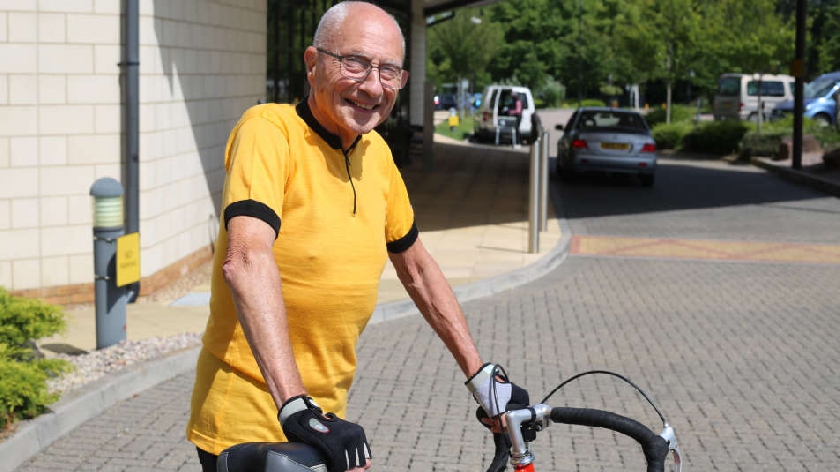 Brian, a member of Eroica Britannia a global organization that connects vintage bikes, found himself contacted to participate in the Queen’s Platinum Jubilee Pageant after organizers were looking for quirky cyclists who had an association with the seven decades of the Queen’s reign.

Despite turning 80 soon, Brian still regularly runs both the South and the Great North Run half marathons. He also regularly volunteers in assisting with fundraising group ExtraHope at Shenley Wood Village even made it back from London to celebrate the village’s own Jubilee Street Party.

Brian laughs: “Evidently I dropped nicely into both bike and rider categories, where we both held the “vintage” tag and are “still in working order.” Brian signed up to be part of the lead out Peloton of cyclists in the people’s "Time of our Lives" section of the Pageant that followed the Military parade.

Discussions began in January and Brian was sworn to secrecy as the planning and video briefings took place - culminating in the fantastic celebratory weekend. Entering the full historical spirit, the 79-year-old even donned vintage attire including his cycling shoes dating back to the fifties and a shirt originally from the seventies.

Brian comments: “I can now reflect on the opportunity that came my way to honour the Queen, our country and my bike - the whole experience has been amazing. I couldn’t have done it without my family behind me. I managed to stay focused and like all 300 Cycling Cast Members - we managed to stay in the saddle!

"My favourite part of the event was how I had the overwhelming feeling of being a part of history, I have been around for seven decades and that feeling took me back to the coronation party when we had a street party. As riders we were taken right to the gates of Buckingham Palace and we were able to witness the queen on the balcony. There are some big moments in life, and it felt like a historic moment.” 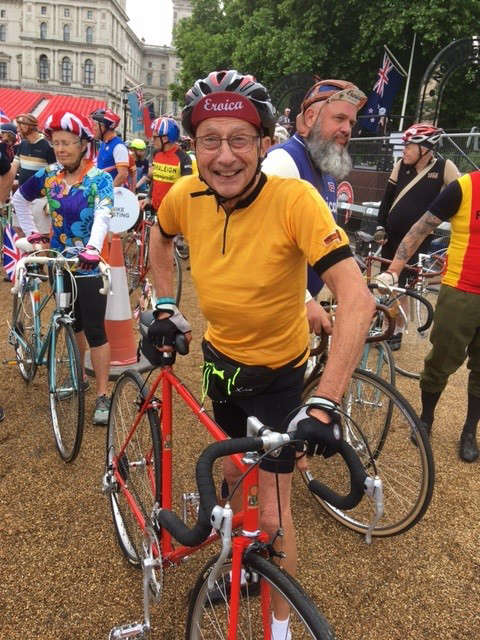 Brian taking part in the Pageant