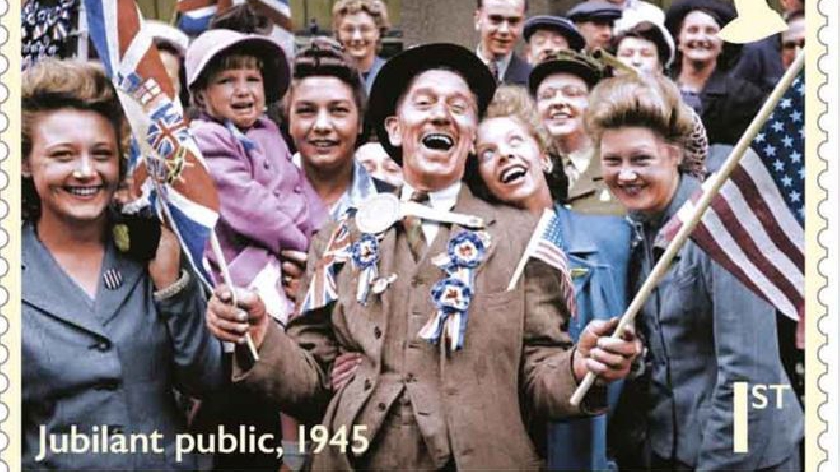 A 90 year old pensioner from Milton Keynes features on a special stamp which has been created to celebrate the 75 year anniversary of VE Day, which takes place this Friday,

The stamp features a photo taken in the West End of London in 1945 when Milton Keynes local Bette Williamson was just 14 years old.

Colourist Royston Leonard has been able to convert the photograph from black and white into colour to use on the stamp.

90 year old Bette Williamson told MailOnline: "It's amazing, I never thought I'd see my face on a stamp."

"My son phoned me and told me and I said 'I don't believe a word you're saying' I just can't believe it's happened."

Bette Williamson also spoke to the BBC about the photo of herself which now appears on the stamp.

She said: "The atmosphere was electric you kissed and hugged everyone, it was wonderful."

"We were walking near the Windmill Theatre by Shaftesbury Avenue and saw a man with a trolley load of flags and rosettes, we hadn't seen red, white and blue in such a long time."

"A photographer appeared and said everyone get in and smile, and he took the photo."

"Somebody came into work the next day and said you're in the Picture Post... and that was the first time I saw it."

There are 12 new stamps in total which have been released to celebrate the special anniversary, all of which feature different images.