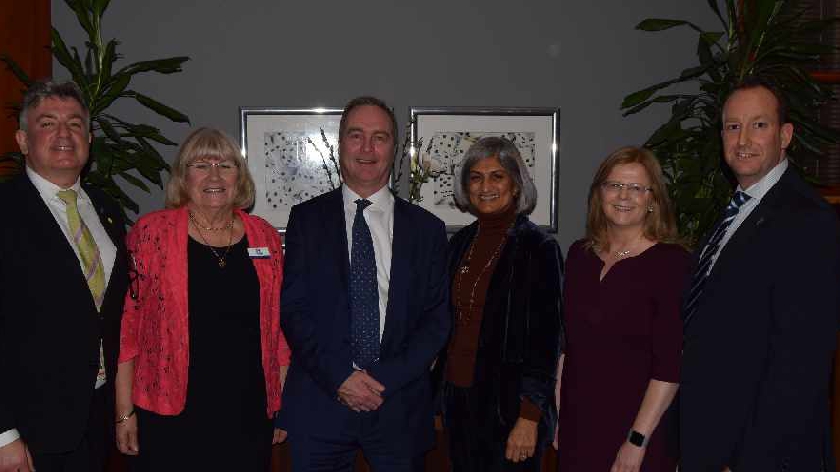 This is because the new city is a hotspot for technology enterprises and has the UK's highest start-up rates outside of London, according to Mr Hannigan.

Speaking at last week's Milton Keynes Business Leaders event, he offered the 80 attendees an insight into the parallel universe of cybercrime and the dark web.

He encouraged businesses to improve their security, and for start-ups to make it an integral component right from the beginning, stating that with the exacerbated ransomware threat, no business was immune.

Drawing comparisons with the codebreakers at Bletchley Park, Mr Hannigan, now a senior executive of BlueVoyant, called for a greater pipeline of young talent to join cybersecurity, an industry that will see global vacancies reach 1.8 million by 2022.

He said: "The Bletchley Park codebreakers weren’t all mathematicians and engineers, many used basic human skills to crack the code and decipher human error on the German side. These problem-solving skills, and the ability to understand human behaviour are integral to roles within cybersecurity. Having a mix of all these people throwing about different ways of thinking creates real diversity. And it’s something we leveraged at GCHQ.”

When speaking about diversity within the industry, Mr Hannigan once again drew comparisons to Bletchley Park where three-quarters of the workers were women. He continued: "We need to knock down the myths and stereotypes and create messaging around coding and engineering which appeals to teenage girls.”

The audience also debated the importance of retaining females in science, technology, engineering and mathematics (STEM) roles and how it plays a vital role in the successful future of MK businesses.