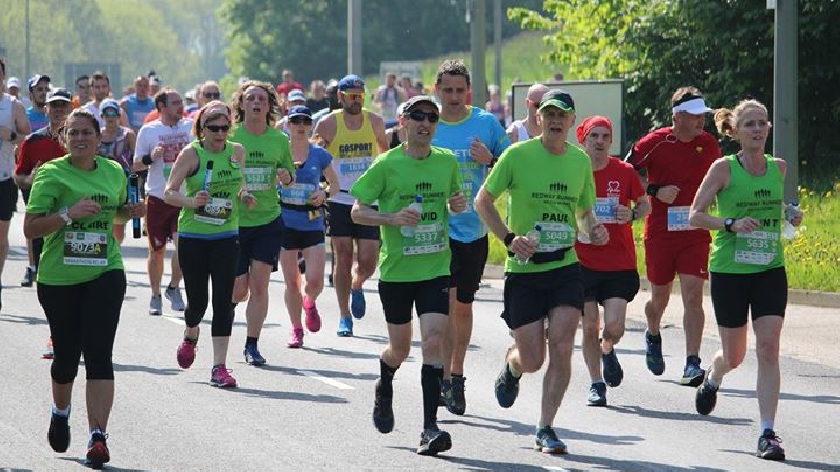 MK-based running club, Redway Runners, were out in force again this bank holiday at the MK Marathon and Half Marathon.

90 Redway Runners completed the marathon in sweltering conditions and a further 197 completed the half marathon. Notable achievements included a 03:23:30 marathon from Jen Sangster who was placed 7th lady overall and a 03:22:10 marathon from Dan Hippey, which placed him 75th in the men’s race.

11 runners on the club's Zero to Hero programme completed their marathon in addition to two completing London marathon two weeks ago. A further six on the programme completed the half marathon or relay as part of their year long journey from being able to run between 0 and 3 miles to running a marathon. Sean O’Leary commented “As part of the programme, we completed many more half marathons and even had a number completing the Bedford 20 mile race. Coach Portia and the team are extremely proud of achievements of our Zero to Hero Runners. Particularly on one of the most challenging days of the year for marathon running. We would like to thank the mentors for the support they have provided to our runners over the last 6 months.”

The Rocket 5km race also took place over the bank holiday which saw 379 Redway Runners complete out of a field of 1911.