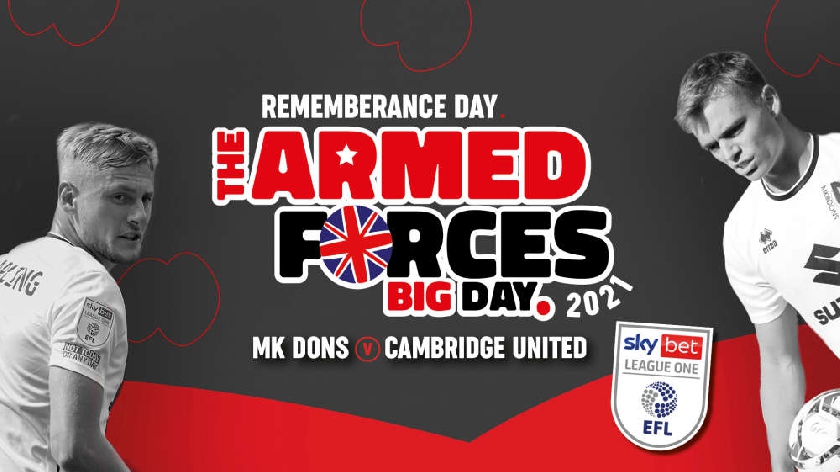 Liam Manning’s MK Dons face the U’s on Saturday 13th November – a match which will see the Club pay tribute to the armed forces and the sacrifices made by so many to protect our country.

Kick-off will be at 3pm.

The MKFM Pre-match show will take on an armed-forces theme at pitch side an hour before kick off and various themed activities will take place throughout the day, including a half-time parade featuring local military personnel.

Fans can even expect local regiments to ‘kit out’ Stadium MK with military vehicles and much, much more.

Military themed activities and entertainment will also be available in the Young Dons Zone from 12.30pm.

Armed Forces Day will also be supporting the Veteran’s Community Network with a bucket collection and, of course, the Royal British Legion will lead a minute’s silence prior to kick-off to allow everyone inside Stadium MK the opportunity to remember those who have given their lives while serving their country.

Tickets for Armed For 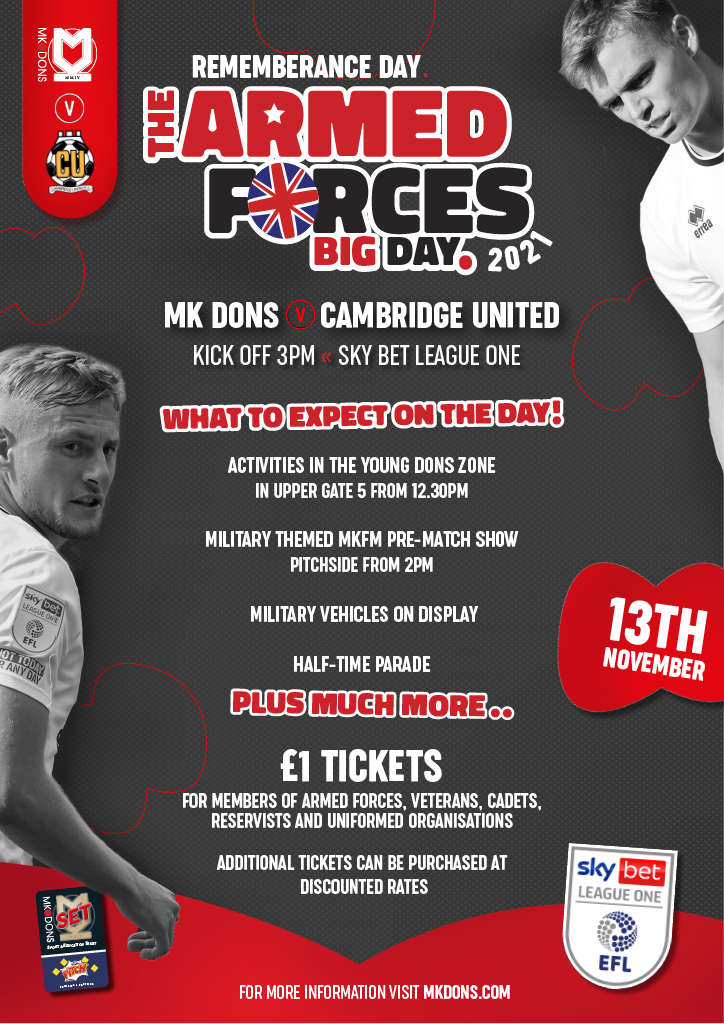 ces Day have been discounted for serving members of the Armed Forces as well as veterans, Cadets, Reservists, and uniformed organisations such as Cubs, Scouts, Brownies, Beavers, Squirrels and Sea Scouts.

Members of these groups can purchase a ticket for just £1, all you need to do is fill out the quick form, with additional guest tickets available at a discounted rate of £10 for adults and £3 for over-65’s & Under-18’s.

Or alternatively, tickets can be purchased from our box office. To book call 01908 622922 or email boxoffice@mkdons.com.