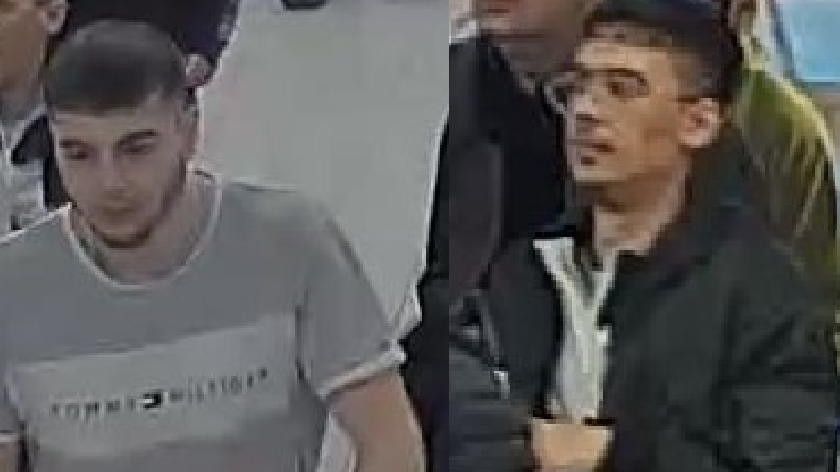 Do you recognise these men?

At 7.50pm on Saturday 9 April, a group of men travelling back from a football match were challenged by another group of people over inappropriate comments they made to a woman as they exited the station.

One of the men then headbutted a man from the other group and punched a woman, breaking her jaw.

When a member of the public tried to intervene, another man from the group hit him over the head with a bag containing cans of alcohol.

Officers believe the men in the CCTV images may have information which could help their investigation.

Alternatively, you can call Crimestoppers anonymously on 0800 555 111.