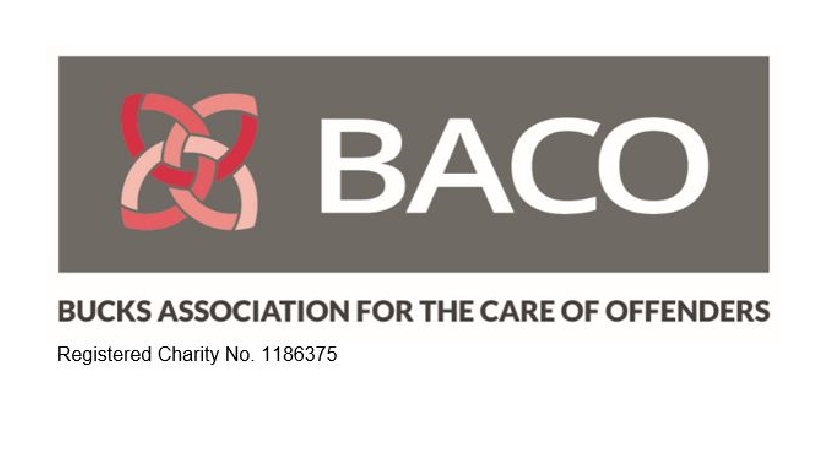 BACO, the Bucks Association for the Care of Offenders, has been distributing grants at four prisons in Buckinghamshire and Milton Keynes for fifty years.

Grants are also available to those released on temporary licence (ROTL) who are authorised to leave prison to complete voluntary work, education or employment and prepare for their release. BACO additionally supports ex-offenders who are living within the county and works with the Youth Offending Services. Following a year of previously unimaginable hardship for those behind bars, BACO’s work has never been more relevant.

Founded with the initial aim of allocating grants to assist with prisoners’ education, rehabilitation and reintegration post-release, BACO’s work has recently taken on a new dimension. The restrictions of the pandemic have resulted in prisoners spending over 23 hours per day in their cells. Over the past year, BACO grants have gone towards the purchase of radios, DVD players and art materials, helping alleviate loneliness associated with the extreme social distancing ‘on the inside’.

BC, who has served a total of 26 years in 22 different prisons, first came across BACO at HMP Grendon 9 years ago. B spoke to me of BACO’s understanding that “the little things can make the most massive difference” to someone’s prison experience. B was himself the recipient of multiple BACO grants, the first of which was for bedding for his prison cell. “To go from prison sheets and blankets to having your own, putting your head on a fresh proper pillow with an actual pillow case, it was…” he pauses to think of the word, “heaven”.

BACO also support training and education initiatives across the four institutions. Professor Ruth Farwell, former Vice Chancellor at Buckinghamshire New University, has been working closely with prisoners of HMP Grendon for nearly two years and is BACO’s Education and Training Lead. Ruth firmly believes in the transformative powers of education, which she says is clearly at work in rehabilitating many of Grendon’s prisoners – “when I visited Grendon to attend events to celebrate the men's achievements, I was blown away by their descriptions of how getting involved in learning had raised their confidence and self-esteem – and that was even from those who'd found their experience of formal education a negative one.” BACO has supported The Reading Agency’s encouragement of prisoners of Grendon and HMYOI Aylesbury to read more, giving prizes to the readers who complete the six book challenge. A linked project at Ayelsbury included a visit, organised by the National Literacy Trust, from LJ Flanders, author of In Cell Workout, which led to BACO funding taster sessions at HMP Woodhill with LJ teaching attendees how to keep fit within a prison environment, and about the positive impact this has on mental health.

Dr Jamie Bennett, Deputy Director for Security, Order and Counter Terrorism for HM Prison and Probation Service, was Governor of HMP Grendon and HMP Springhill for 7 years, and has spent his career working with long term prisoners, including B. Jamie feels strongly that BACO positively impacts not just the prisoners, but also the prison staff, who are so often overlooked: “BACO take an interest in the people that both live and work in prison. They send out a message that goes a long way – it says, ‘you are part of this community, and your life is valued’.” Perhaps the magic of BACO is rooted in the fact that it is a regional charity, with committed volunteers from the local community supporting and respecting those behind the prison walls, and connecting them with the people that live outside of them.

Indeed, BACO’s help is not just limited to the confines of these walls. Roz Rossington leads the charity’s work with Probation and the Buckinghamshire Youth Offending Service (YOS). She recognises the critical role BACO plays in both preparing people for release, and in settling them into their new lives post-release: ‘we help with the small steps’, providing for people’s personal welfare with grants for clothes and household basics. Although the importance of the small things is clearly recognised by the charity, BACO is increasingly focusing on supporting education and training for ex-offenders (30% of BACO grants last year were in this vein), specifically in addressing widespread digital poverty (17% of those grants were for laptops and tablets), helping support job searches, online interviews, schoolwork and online training.

Other grants in the past have been more specific. A fellow inmate, who B is still in touch with, received a grant from BACO when he was coming to the end of a life sentence. He wanted to start his own business; BACO gave him the money towards the purchase of a refrigerated van. “It really helped him find his feet”. At a time when there is greater competition to find work post-release, the charity is keen to help people get started. BACO’s Chairman, Milly Soames, says “our grants to replace lost identity documents and to pay for driving tests all help to build self-esteem and broaden the options at the end of someone’s prison sentence.”

The moment of release is arguably the most difficult of the process, not least now, when there is greater competition to find work as businesses flounder post pandemic. Many offenders have no family, no help, no belongings, nowhere to live, “no hope”, B says. He pauses for a minute. “Having said that, if you take the opportunities put to you while you are in prison, you should be coming out with somewhere to go, with a job.” B is now Head Chef at a Buckinghamshire restaurant. "The opportunities are there for everybody”, he says.

The challenge, he says, is persuading people to take up those opportunities – “people are embarrassed to ask for help, there is a stigma attached in most jails. At Grendon, you’ve got to be accountable for your everyday actions, so everything is spoken about openly on the wings. It’s easier to ask for help there. Grendon is definitely the best prison in the system”. It wasn’t all sunshine and roses though – “They take you to the trenches emotionally at Grendon, tear you apart and make you build yourself up again”. This is what he says was the catalyst for the transformation of his attitude. “I went in a villain and came out a different person”. A good person, I ask? “I was already a good person when I went in. There are good people that rob banks”. The difference, he says, was that upon release he knew “I wasn’t going to make any more victims”.

BACO played an enormous part in that journey – “they helped me. They made a difference in my life when I was in prison. You think everyone is against you in jail – screws, staff, probation. But that obviously isn’t the case. It took BACO to make me realise that”. Dr Jamie Bennett uses B as an example of how BACO offers prisoners a change not only to break their own cycle of criminality, but to help others do so too. Jamie remembers B being the BACO rep on his wing at HMP Grendon – “he would see other people come onto the wing, experiencing what he had experienced: showing suspicion and fear of their own vulnerability. He went on to help them take that leap of faith and trust in those that wanted to help. That peer support is so valuable”.

B urges people to forget about their pride for a moment – “when you’ve gone through the process of letting BACO assist you, you begin to understand it’s actually a sign of strength and not weakness to ask for help.” He says what people need to understand is BACO do not discriminate, they are there to show that they care about each individual, no matter how small their need or request. Ruth Farwell wants to assure all prisoners and ex-offenders that “BACO really does care about you. We won't make any judgements about what you've done in the past. We want to support your future. The small grants we can give you will help you manage your time in prison and help you achieve the plans which you have to develop yourself.” Jamie re-emphasises this point ‘it’s not just the money. It’s the fact that people care. It’s the fact that someone comes along, speaks to them, takes an interest in their lives and tries to help them. That means so much. Often people in prison just don’t have that support around them”. Clearly, all those involved are in agreement about the tangible results of the charity’s hard work. B’s message to those on the inside is clear – “BACO could not just enhance your prison experience, it could lead to enhancing your life”.