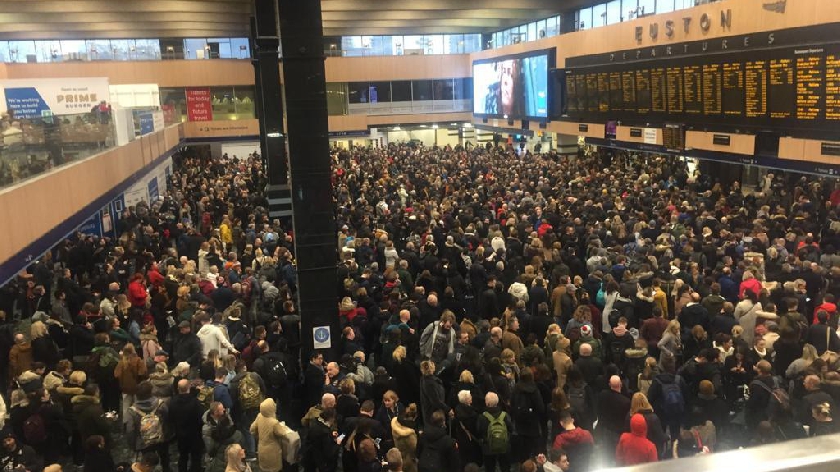 The station was operating an 'exit only' policy earlier due to overcrowding as services are subject to delays and cancellations.

Officials say the closure may be re-applied later if the station remains busy.

A speed limit of 50mph is in place across the entire West Coast Mainline due to Storm Ciara.

Network Rail are reporting a tree has fallen close to the line at Wembley Central which is now being cleared.

London Northwestern Railway are now operating a rail replacement bus between Birmingham New Street and Northampton due to severe late running of trains and displacement of crew.

Avanti West Coast say no services are running north of Preston due to strong winds and other journey times have been doubled.

Passengers are advised to avoid travelling unless absolutely necessary.