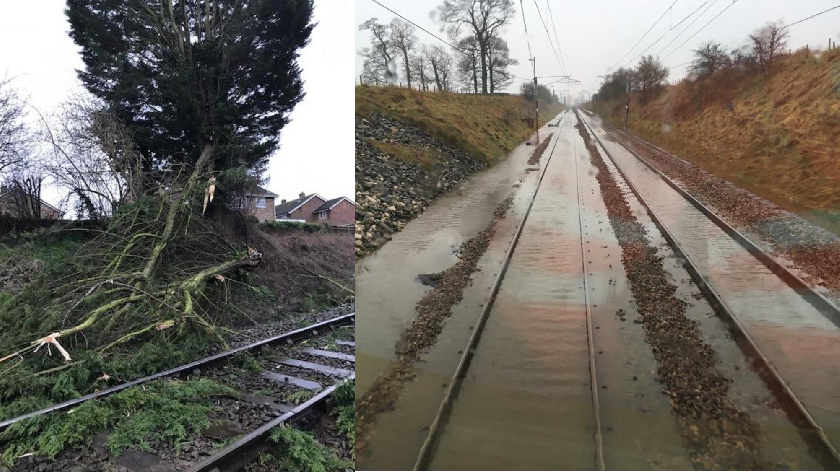 Network Rail have issued 'Do Not Travel' advice for the West Coast Main Line, which runs through Milton Keynes.

The transport network are advising that Storm Ciara is "making it increasingly difficult to run a reliable railway for you".

A tree fell very close to the line at Wembley Central earlier, and no trains are currently running north of Preston.

London Northwestern Railway are now operating a rail replacement bus between Birmingham New Street and Northampton due to severe late running of trains and displacement of crew.

They have advised that tickets will be accepted for travel tomorrow (10th February) or can be submitted for a refund from the point of purchase.

Avanti West Coast say no services are running north of Preston due to strong winds and other journey times have been doubled.

Caledonian Sleeper have cancelled their sleeper trains for this evening on the line.