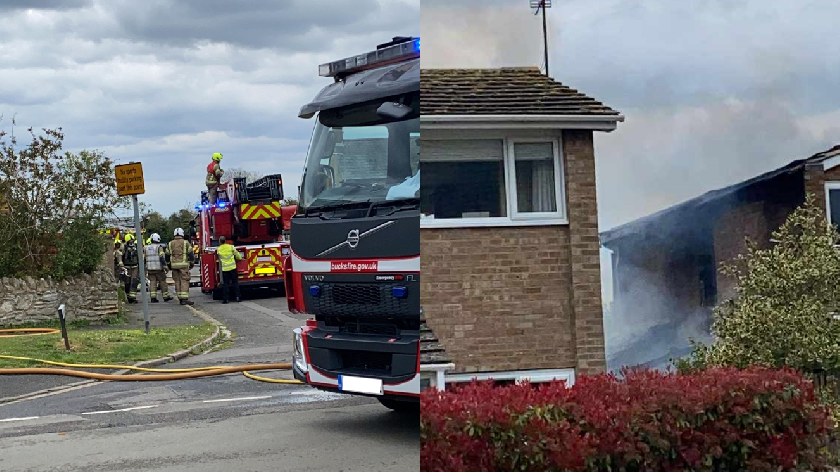 Over 20 firefighters attended the scene of a house fire near Milton Keynes this afternoon (3/5).

Bucks Fire and Rescue were called to the blaze at a property on Austen Avenue in Olney at 2.54pm this afternoon.

Emergency services received twelve 999 calls alerting them to the fire. 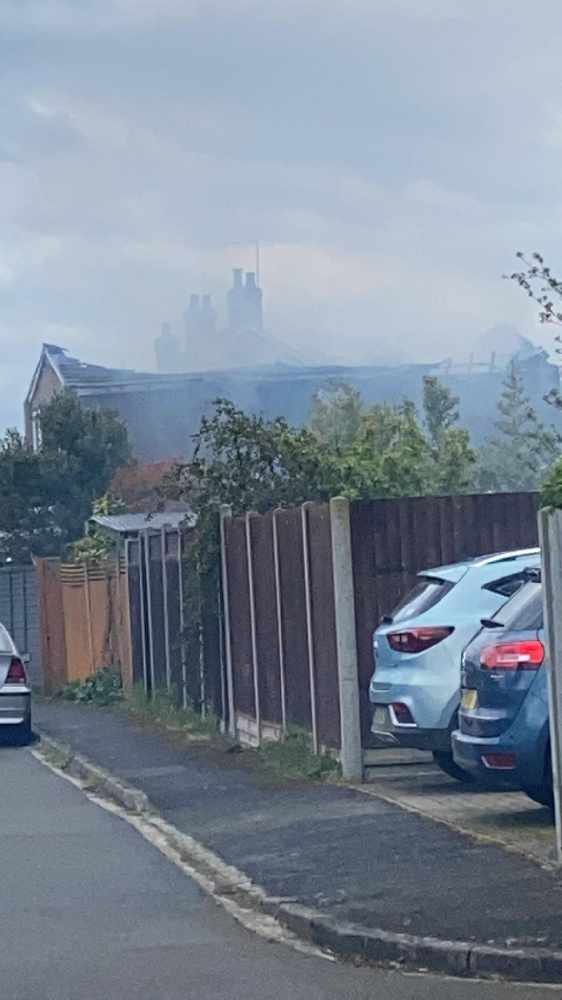 Previous image Next image
Smoke seen coming from the property in Olney.
Images used by MKFM with permission.

The house and garage were left severely damaged and the fire also caused radiated heat damage to the exterior of neighbouring premises.

One fire appliance and crew from Newport Pagnell, two from Broughton, two from West Ashland and two officers attended.

Bucks Fire and Rescue say the fire spread to the house from a linked garage.