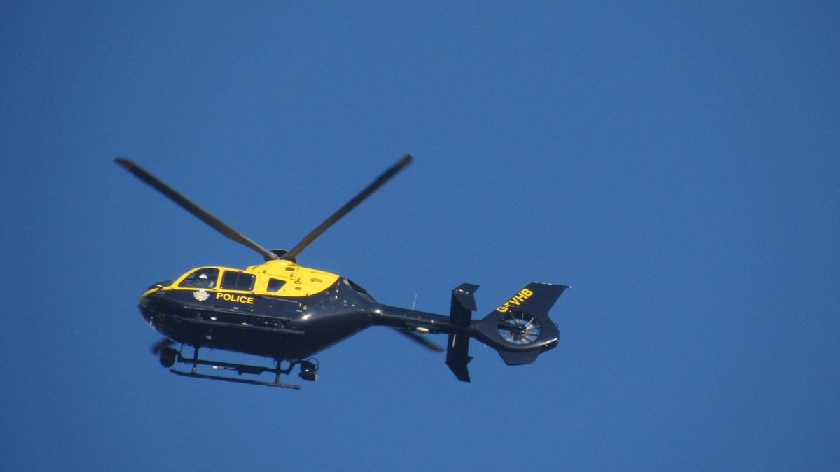 A police helicopter took to the skies in Milton Keynes earlier this afternoon in the search for a wanted man.

Residents in Wolverton, Heelands and Stantonbury reported that the helicopter was seen over their areas at around 3pm this afternoon.

Thames Valley Police have now confirmed to MKFM that the helicopter was searching for Ally Gillan, aged 27, of Wolverton, Milton Keynes who is wanted in connection with an incident of robbery.

The incident took place in the Euro off licence store in Tower Crescent, Neath Hill on Monday 27 April at 6.15pm.

Gillan is described as a white man, of a slim build and around 5ft 9ins tall. He has brown hair in a cropped style, and often uses a bicycles which are black and orange in colour.

He is known to have connections in both the Wolverton and Greenleys areas of Milton Keynes.

Investigating officer, Detective Constable Kerry Mitchell, of Milton Keynes police station, said: “I would like to appeal to anyone who knows Ally Gillan’s whereabouts to come forward and speak to police. Please call 101 if you believe you have seen him."

“If you have any information about Ally Gillan’s whereabouts please call the 24-hour Thames Valley Police enquiry centre on 101 quoting the reference 43200125186 or make a report via our online report form."

“If you do not want to speak to police, please call the independent charity Crimestoppers on 0800 555 111.”