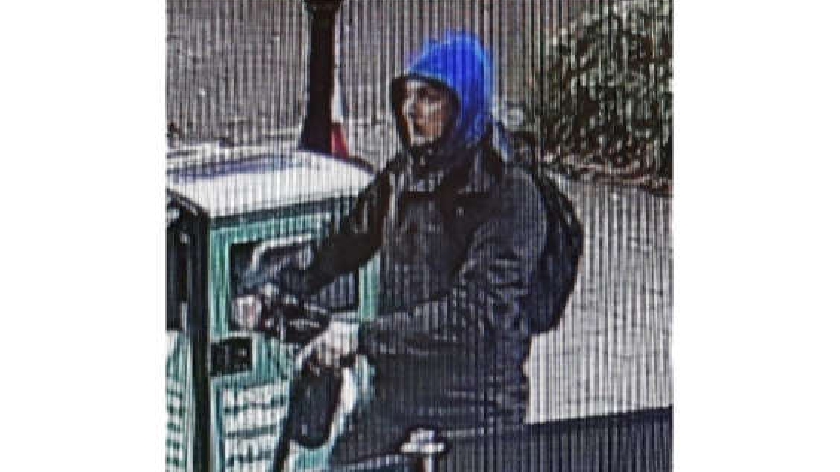 Thames Valley Police is releasing a CCTV image of a man officers would like to speak to in connection with three linked incidents of sexual assault in Milton Keynes.

The incidents reported took place between 7.30am and 8.10am on Tuesday (5/10) in central Milton Keynes.

On each occasion a female victim had been walking alone when they were approached from behind by a man who sexually assaulted them by inappropriate touching over clothing.

None of the victims, who were all aged in their mid to late teens, were injured.

The reports are not linked to any previous incidents reported in Milton Keynes.

Investigating officer Detective Constable Scott Dempsey of Milton Keynes CID said: “This series of incidents occurred within a narrow time frame on Tuesday and I believe that the man pictured in the image I am releasing will have vital information that can assist me in this investigation.

“The offences took place on the overbridge behind Central Milton Keynes train station, outside the Wetherspoons pub in Midsummer Boulevard and outside Sainsbury’s on Witan Gate.

“I can confirm that we are not linking these offences to incidents of a similar nature that were reported to the force between 9 and 23 September.

“I would appeal to anybody who recognises the man in the image to please get in touch with Thames Valley Police either by making a report online or by calling 101, quoting reference number 43210450724.

“You may notice an increased presence of police officers in the area over the coming days to offer reassurance to the local community.

“Although these incidents appear to be isolated within a short period of time, please remain vigilant and report any incidents of a similar nature to the force.”