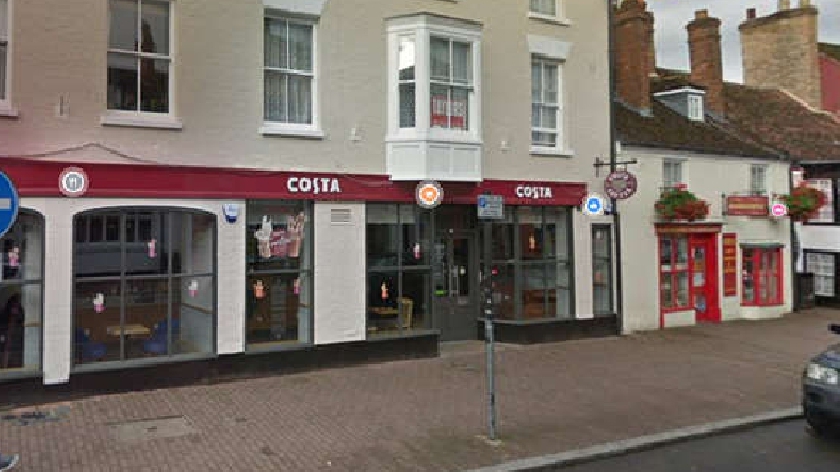 Fire crews were called to Costa Coffee on Stony Stratford high street at around 2:31am this morning.

Firefighters from West Ashland and Broughton attended the scene, along with Thames Valley Police.

The ground floor store was 'well alight' on the arrival of fire crew and a scene cordon was put in place by Thames Valley Police.

The fire, which Buckinghamshire Fire and Rescue believe the fire started within a storage area, has left the store with 40% smoke, fire and water damage. Crews remained on the scene through the night and into the later hours of this morning.

Costa has told MKFM that the coffee shop is set to remain closed until further notice. The Costa Coffee spokesperson said: “We can confirm that there was a fire in the early hours of 23 June within the vicinity of the Costa Coffee store in Stony Stratford, Milton Keynes. The store, which is owned and operated by our franchise partner, SME Group PLC, was closed at the time with no-one inside.

"The store is closed today and will remain closed until further notice. All Costa team members will be transferred to surrounding stores until the store can reopen. We are grateful to the local emergency services for their quick response.”

MKFM contacted Thames Valley Police who say an arrest has been made on suspicion of arson with intent to endanger life.

A Thames Valley Police spokesperson said: “We received a request from Buckinghamshire Fire and Rescue Service for assistance following a fire at an address on High Street, Stony Stratford, at around 3am this morning (23/6).

“Officers attended, a cordon and road closures were put in place which were gradually reduced but still remain in place.

“A 57-year-old man from Stony Stratford was arrested – he remains in police custody.

“Officers are investigating and ask anyone with information about the incident to call 101 or make a report on our website, quoting reference number 43220274726.

“Alternatively, people can provide information anonymously to independent charity Crimestoppers by calling 0800 555 111 or via its website.”