Could someone from Milton Keynes give 'unluckiest' dog Maxy a new home for his 10th birthday? 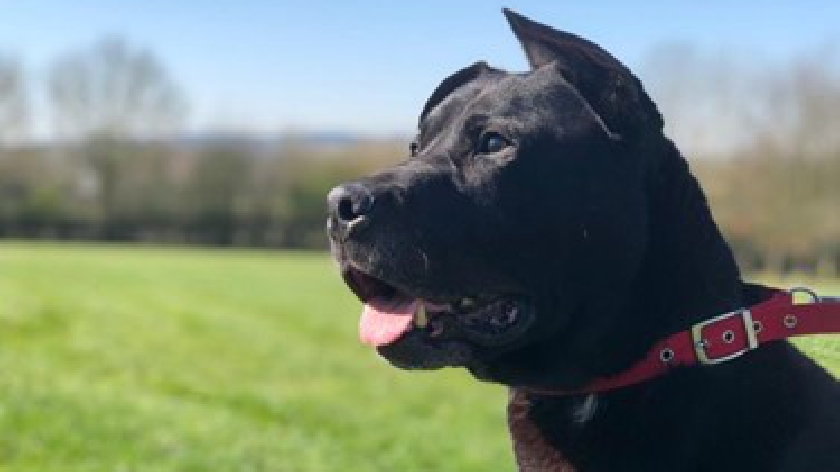 RSPCA staff are desperate to make their 'unluckiest' dog’s birthday wish come true and find him a forever home.

Crossbreed Maxy - who celebrates his 10th birthday on Saturday (1/4) - has been in RSPCA care for almost 500 days. He arrived at the charity’s Blackberry Farm Animal Centre, just down the road in Waddesdon, just two days after Christmas in 2019 with his best friend, Skyla.

He’d spent his whole life outside working as a guard dog on a scrapyard and has never been in a family home. He’d never been walked and was overweight, but has lost almost 10kg since being at the centre.

Lauren Atkins, who is taking care of Maxy, said: “Maxy and Skyla had spent their whole lives living in a yard. Skyla was elderly and had a lot of health problems when she arrived here. We tried our best to help her but, in the end, she was so poorly that vets felt the only and kindest option was to put her to sleep.

“Maxy loved her so much, they were inseparable. When we lost her he was lost and found himself on his own for, what we believe, was the first time ever. He’s struggled ever since we lost Skyla and our behaviour team have been working with him to help prepare him for a new home.”

Staff and volunteers are throwing Maxy a special party on 1 May to celebrate his 10th birthday and they hope his birthday wish will come true.

“Despite a lifetime as a guard dog, Maxy absolutely adores people. He greets everyone with slobbery kisses and is a real cuddle monster who will make a wonderful companion for the right person”, his handler, Lauren Atkins, said. “He loves having fuss and will do almost anything for a treat! 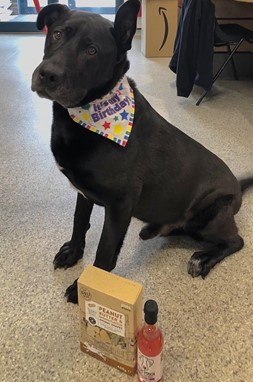 “Unfortunately he’s been under-socialised and finds it difficult interacting with some dogs. We’ve been working on this and he has improved vastly but we feel he’d be best suited to experienced owners who live in a quiet, rural area where he can enjoy going for walks without encountering lots of dogs. We’ve had lots of success muzzle training and he’s happy wearing this out and about.”

Maxy is an older chap and is showing some early signs of arthritis. He’s currently on pain relief which has helped him a lot and this will need to continue in his new home. Despite his arthritis, he enjoys a run around the garden and loves to play. He doesn’t let it slow him down but also enjoys snoozing in his crate or watching the world go by from the comfort of his bed.

Maxy would suit a family home with children over 10 but needs to be the only pet although may be able to live with outdoor animals such as horses or livestock.

This handsome gent can be left for short periods of time and is well toilet trained so should be clean in a home. We’d advise continuing with leaving him in a crate when he’s alone as he feels settled and relaxed in a crate. He has learned some commands while in kennels - including ‘sit’ and ‘paw’ - but would benefit from further training.

He struggles to make doggy friends - especially after losing his bestie - but has formed strong bonds with some of the other dogs in the RSPCA's care. He fell in love with Malinois Attina and they enjoyed spending time together until she was snapped up by a new family so now he’s on his own again.

“Maxy does find it difficult socialising but has made strong bonds with some dogs he’s met during his time here,” Lauren added. “Unfortunately, he ends up heartbroken again when they get rehomed and he is overlooked once more. That’s why we’re desperate to find him a family to show him the love he deserves. It really is his turn for a happy ever after.”

Find out more about Maxy on his online profile or contact the Blackberry Farm team by calling 0300 123 0752 or emailing blackberryfarm@rspca.org.uk.