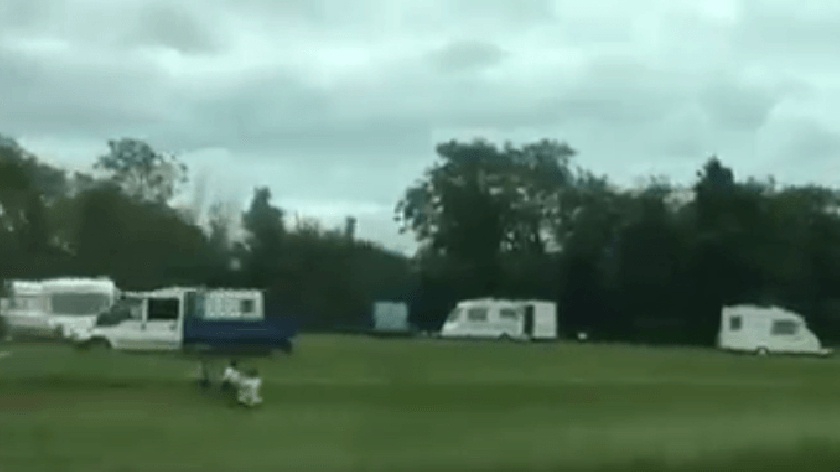 MK Council leader Cllr Peter Marland is seeking an urgent meeting with the Chief Constable and the Police and Crime Commissioner of Thames Valley Police to discuss the on-going issue of unauthorised traveller encampments.

He has also requested if a cross party group of MPs and ward councillor can also attend the meeting.

Last month MK Council agreed £250,000 of new funding to protect sites that have been frequently used for unauthorised encampments by travellers. It also agreed to set up a new Traveller Liaison Unit and extra enforcement officers.

The council is also investigating the possibility of using other powers, such as injunctions, to deter encampments.

Cllr Marland is asking the Chief Constable and Police and Crime Commissioner if extra police resources can be made available to help tackle the issue.

Cllr Peter Marland, Leader of Milton Keynes Council says, “The current situation is not acceptable for residents. MK Council is working through an action plan on this issue. We have agreed funding to help protect sensitive sites, more enforcement officers and to set up a Traveller Liaison Unit. I have also asked MK Council officers to look at the powers we have available to us now as a matter of urgency.”

He continues, “We are also taking independent legal advice on possible avenues, such as injunctions, that we could use, but it is not the quick fix some people may believe it is. Legal injunctions could take years to obtain even if we do meet the requirements. I want actions that make can difference quickly and look at long term solutions that last too.

We have been working well with local police and partners such as the Parks Trust, although I understand some residents will always want a quicker response. The issue is travellers are just moving to nearby sites still in MK.

However the issues that are really distressing local residents are concerns over anti-social behaviour, abuse, criminal damage and theft, and how they are being addressed. I am therefore asking to meet with the Chief Constable and the Police and Crime Commissioner of Thames Valley Police, and inviting our local MPs and the three ward councillors from Tattenhoe ward on a cross party basis, to raise these issues and discuss a way forward.

He concludes, “All residents deserve to be treated with respect, but people who break the law need to face justice. No ifs, no buts. I will be asking for extra police resources to ensure local police can do what is needed.” 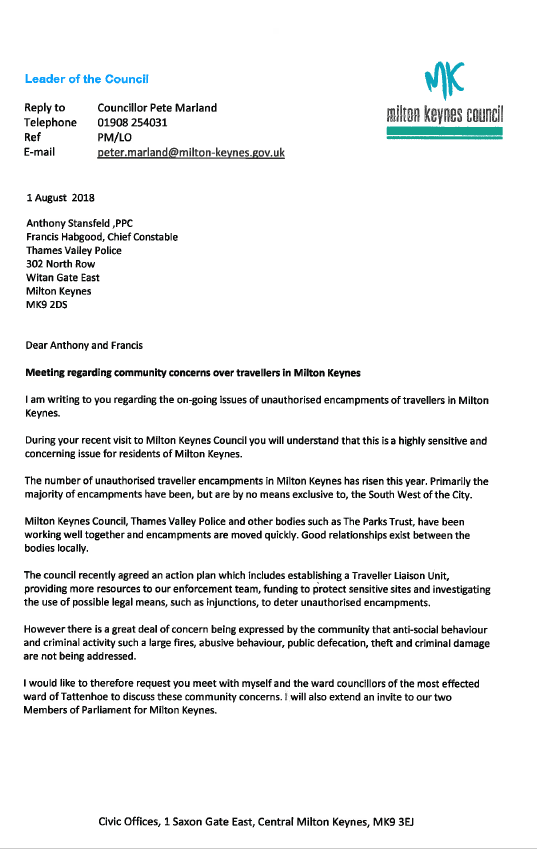 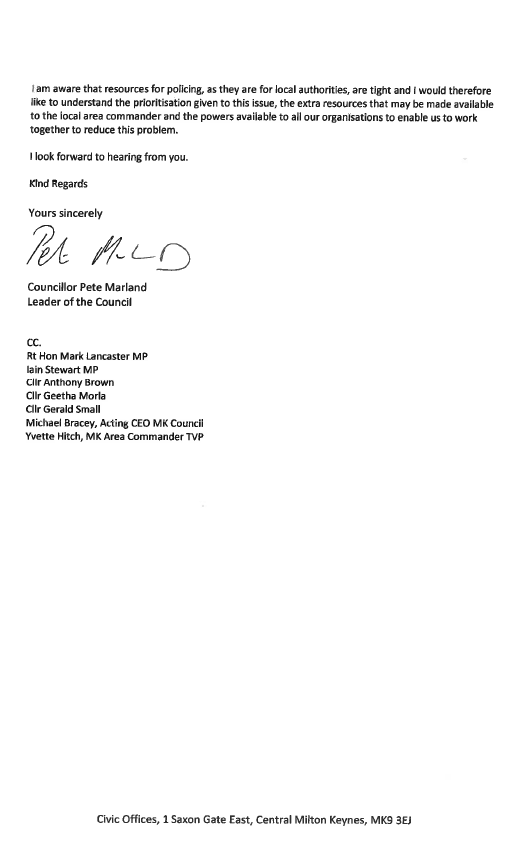