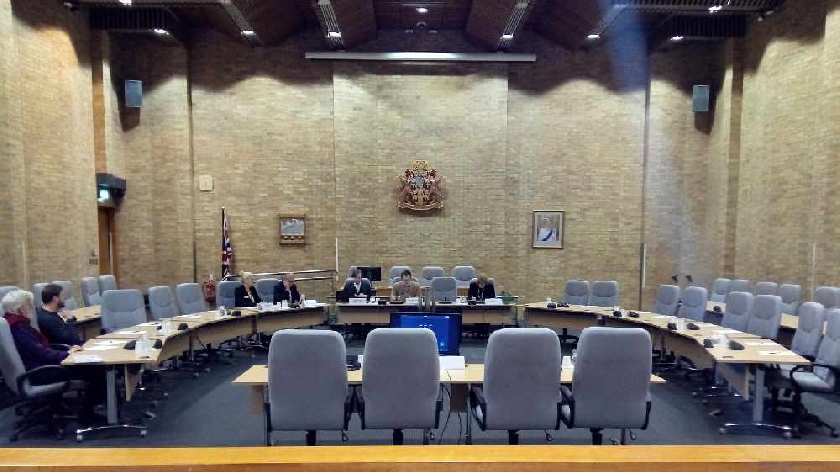 Councillors are being put 'at risk' by a Government decision to stop virtual meetings after the local elections.

That’s a cross-party view following a ruling in the courts where it was concluded that it was up to the Government to decide whether remote meetings could continue after May 7.

Today (Thursday) the Ministry of Housing, Communities and Local Government confirmed that “Councils will need to return to face-to-face meetings after May 6 and should continue to prepare accordingly.”

Cllr Robin Bradburn (Lib Dem, Bradwell) said he is concerned for younger members of Milton Keynes Council and parish councils who are not yet vaccinated.

He said: “My daughter Kerrie, also a councillor, is a new mum, so this puts her and her baby at risk. She was hoping to be able to continue to contribute remotely but now they are being forced into face to face meetings.

“I am very disappointed by this and we will be making submissions to a Government call for evidence.”

Cllr Emily Darlington (Lab, Bletchley East) is puzzled why MPs are being allowed to join meetings remotely but councils will have to use taxpayers’ money to book large venues to comply with social distancing guidelines.

“They just don’t understand local democracy,” said Cllr Darlington, who has responsibility for parish partnerships as a part of her cabinet role.

She has written to minister Luke Hall MP saying: “In Milton Keynes holding face to face council meetings with supporting staff, could easily involve up to 70 people, and that’s before even adding members of the public and reporters.

“Holding such meetings in a socially distanced way would be impossible, given that our largest room could not accommodate this.

“Many councillors – with a large percentage being from the older population – may feel that they are not prepared to take the risk of attending face to face meetings and resign. This would be disastrous for local democracy.”

The Government’s decision has met with a united cross party response in MK, where Conservative group leader Cllr Alex Walker (Stantonbury) says it is “extremely disappointing”.

“Remote meetings are essential for the foreseeable future and I would encourage the Government to urgently look at ways to allow us to continue hybrid meetings.”

“It is going to cost the taxpayer as we will have to look at external venues that can hold all 57 councillors in a safe manner.”

Lesley Sung, the manager at Walton Community Council said many councillors are “very disappointed” at the ruling.

“Not all our councillors and staff have been vaccinated there is some reluctance to attend.

“We will need to hire a larger room to ensure we are complying with our Covid19 secure risk assessment, and of course this will have a cost implication.”

Calling the decision “beyond stupid” Cllr Philip Ayles, who chairs Castlethorpe Parish Council, said: “Almost everyone on earth knows that this dreadful disease can mutate and bounce back and, in any case, the vaccination programme won’t be complete until the end of July.”