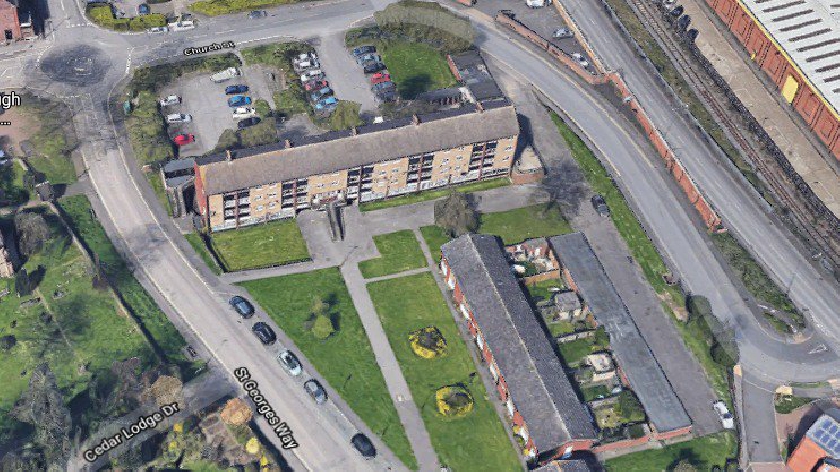 Garages in Wolverton have been lined up for demolition as Milton Keynes Council seeks to solve a town’s pending mega parking crunch.

A handful of people are also set to lose the right to park their cars outside their homes in St George’s Way as the council seeks to double the number of spaces overall as they prepare for a massive regeneration scheme.

A planning application for the regeneration of the town’s worn out Agora Centre is set to bring parking in Victorian Wolverton to a head as it will bring with it 115 new homes and the loss of the shopping centre’s car park.

The application is still in the council’s in-tray for a decision.

Before that decision is made council finance chiefs have pieced together a proposal which they believe will help ease parking problems and help high street businesses to survive.

Cllr Middleton is being asked to invite companies to apply for the tender for the work.

The report adds: “By doubling car parking provision at the existing St George’s Way car park, and carrying out sorely needed improvement works such as laying new pavements, fixing very tired looking roads, and planting new trees and landscaping, means we will be able to breathe new life into a once destination high street in MK’s historical railway town.”

They think they can increase the number of parking spaces in the area from 61 to 122 by improving the layout at a car park in St George’s Way.

Cllr Middleton is due to formally decide whether to proceed at a meeting next Tuesday (June 15).

Cllr Middleton is also due to decide to set up a ‘Wolverton High Street Parking Working Group’, to decide how to allocate spaces for businesses and faith institutions.

The report confirms that a number of lock up garages let on licences will need to be demolished to make way for a new rear Church Street car park of 34 spaces.

A 30 per cent buffer has been built into the estimated costs as the council has not yet completed ground work surveys.