Dreamgirls is coming to Milton Keynes Theatre, and tickets go on sale tomorrow! 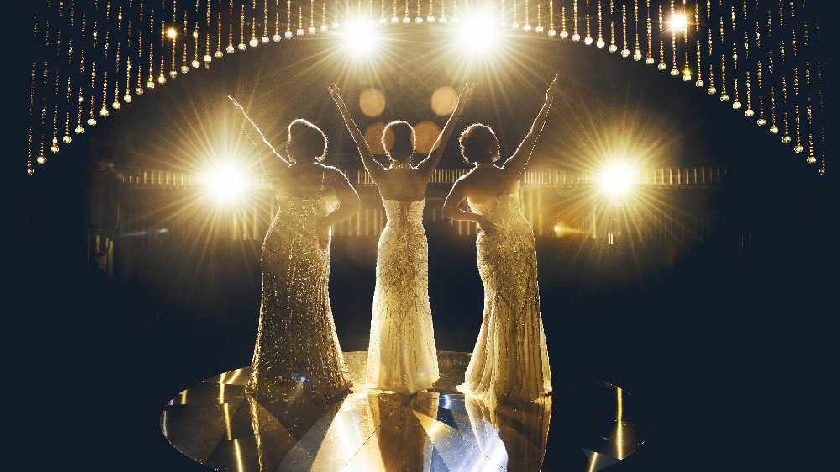 Let your soul sing with the dazzling multi-award winning DREAMGIRLS at Milton Keynes Theatre in 2022!

Sonia Friedman Productions is delighted to announce that the first ever UK tour of hit musical Dreamgirls, which was due to start in 2020, will now open at the Liverpool Empire Theatre this December before visiting cities right across the country throughout 2022 and into 2023, showing at Milton Keynes Theatre on Tue 25 Jan - Sat 5 Feb 2022.

Featuring the classic songs ‘And I Am Telling You I'm Not Going’, ‘Listen’ and ‘One Night Only’, this sensational, multi-award winning production of Dreamgirls had its critically acclaimed West End Premiere in December 2016 at London’s Savoy Theatre, 35 years on from opening on Broadway.

Meet The Dreams – Effie, Lorrell and Deena – three talented young singers in the turbulent 1960s, a revolutionary time in American music history. Join the three friends as they embark upon a musical rollercoaster ride through a world of fame, fortune and the ruthless realities of show business, testing their friendships to the very limit.

As previously announced, Nicole Raquel Dennis will play the role of Effie White in the UK tour of Dreamgirls. Her London stage credits include Alana Beck in the original West End cast of Dear Evan Hansen (BBTA winner – Best Supporting Actress in a Musical), the original West End cast of Waitress (Adelphi Theatre), The Book Of Mormon (Prince of Wales Theatre) and Dreamgirls (Savoy Theatre).

A finalist on ITV’s The Voice in 2019, Nicole Raquel Dennis wowed viewers and judges at her blind audition, performing Dreamgirls mega-hit ‘And I Am Telling You I’m Not Going’ alongside team mentor Jennifer Hudson. Hudson won an Oscar (Best Supporting Actress) for her portrayal of Effie White in the 2006 Oscar-winning motion picture adaptation of Dreamgirls which also starred Beyoncé Knowles, Eddie Murphy and Jamie Foxx.

Nicole Raquel Dennis will play the role of Effie White in the Dreamgirls UK tour at certain performances with further casting to be announced soon.

This award winning production is Directed and Choreographed by Olivier® and Tony® Award winning Casey Nicholaw (The Book of Mormon, Mean Girls, Disney’s Aladdin and Something Rotten!), with Set and Costume Design by Tim Hatley, Lighting Design by Hugh Vanstone, Sound Design by Richard Brooker, Hair Design by Josh Marquette and Music Supervision by Nick Finlow.

With Book and Lyrics by Tom Eyen and Music by Henry Krieger, with Additional Material by Willie Reale, the original Broadway production of Dreamgirls was Directed by Michael Bennett who Co-Choreographed the show with Michael Peters. The production opened in 1981 and subsequently won six Tony® Awards with the original cast recording winning two Grammy® Awards for Best Musical Album and Best Vocal Performance for Jennifer Holliday’s ‘And I Am Telling You I'm Not Going.’

The show’s opening is subject to the government allowing indoor performances to begin with sufficient notice, understanding what restrictions on social distancing and audience attendance caps are imposed, the public health status, and the availability of insurance cover either from the market or more likely from a government indemnity scheme.

For more information and to book your tickets to see Dreamgirls at Milton Keynes Theatre in 2022 please click here. Tickets on sale 10am Tuesday 27 April 2021.