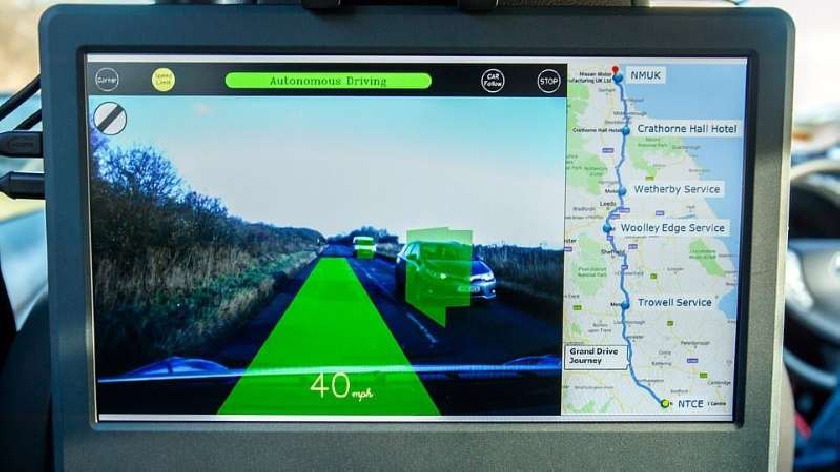 Photo sourced from I News

Project leaders say it marks the longest journey driven by a driverless car on a public road in the UK.

A passenger was behind the steering wheel of the electric Nissan Leaf whilst it made the 230 mile journey. Another passenger was at hand in the back in case the vehicle ran into difficulties.

The car then successfully made it to Sunderland, with Ministers celebrating the "huge step forward" for driverless cars.

George Freeman, Future of Transport Minister, added: "This is an exciting example of how the next phase of the UK's transport revolution could look like."

This was part of a £13.5m project called HumanDrive led by Nissan and backed by the Government, Hitachi and Highways England.

Experts say it is the first test to be revealed to the public, showing how far these vehicles have progressed.

A spokesperson from Nissan Europe, David Moss, said Nissan eventually want to develop autonomous driving technologies for use in all of its vehicles around the world.

Mr Moss continued: "The door is now open to build on this successful UK research project, as we move towards a future which is more autonomous, more electric and more connected."