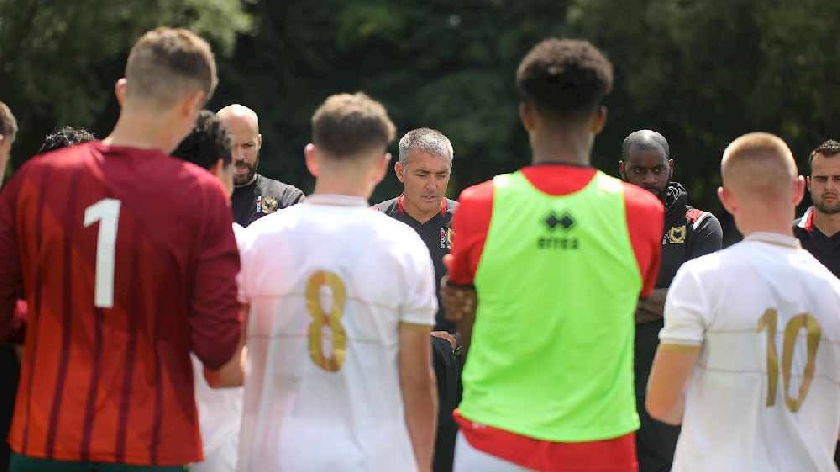 The EFL has confirmed that the Academy Games Programme for the 2019/20 season has been terminated with immediate effect.

MK Dons’ Central League season has also ended and fixtures will not be rescheduled, the EFL has announced.

The decision, which is independent of any discussions regarding the resumption of the 2019/20 campaign for first team football, has been taken to give Academy staff and their players an element of clarity at this challenging time.

Academy Manager Jon Goodman told mkdons.com: “While it is, naturally, disappointing that this decision has had to be made, we have to acknowledge the bigger picture at a time like this and therefore we fully respect the course of action that the EFL have taken.

"We are all desperate to get back to playing football but it's essential, at an Academy level, that we do that when it is absolutely safe and appropriate to do so.

"We will continue to work with, and support, all of our Academy players and their families during the coming weeks and months, particularly our scholars, and we appreciate their understanding.

"Our absolutely focus is on ensuring we can all stay safe during this difficult time, as well as, of course, protecting the NHS and saving lives."

The methodology for determining the final League standings or other outcomes for the season will be decided at a future date.

Additionally, it is intended that any fixtures for the 2020/21 Academy season will not commence any earlier than would usually be expected.

In addition, the Central League games programmes has also been affected. Central League fixtures for 2019/20 season will not be rescheduled and, as above, the methodology for determining any final League standings or other outcomes for the season will be determined at a future date.