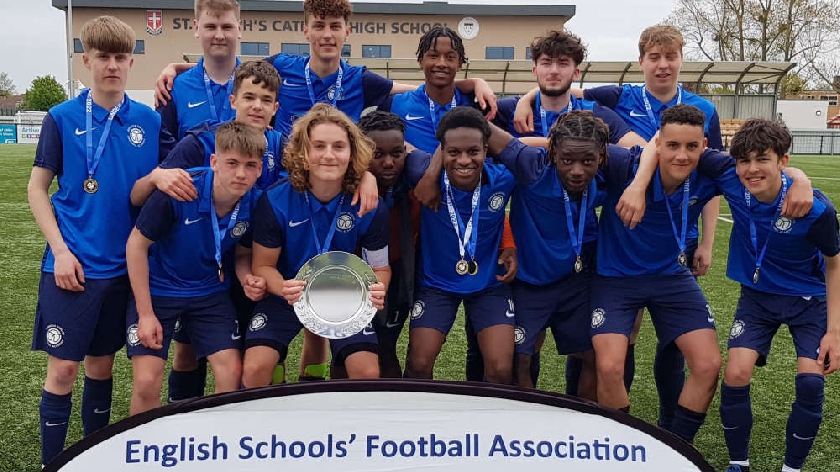 The team performed superbly against strong opponents who they had lost to narrowly earlier in the season. Captain, Joel Marklove accepted the trophy on behalf of the Team and Rashid Joachim, who scored two of the goals on the day, was awarded ‘Player of The Match’ by the match officials.

Denbigh’s U18 Team is made up of members of the School’s successful and well established Football Academy, which offers Post-16 students the opportunity to develop their football skills and gain qualifications that can set them onto a successful path in sporting professions and Higher Education.

Being crowned county champions is a tremendous achievement and demonstrates the talent Denbigh has in its Academy.

Andrea Frame, Head of School at Denbigh said: ‘Every one of our players was a credit to themselves, their families, and our school. They performed superbly under the pressure of competing in a county final and their conduct was exemplary. They have displayed a real togetherness as a team all season, and we are so pleased that their effort, talent, and commitment has been rewarded and that they can now call themselves county champions!’