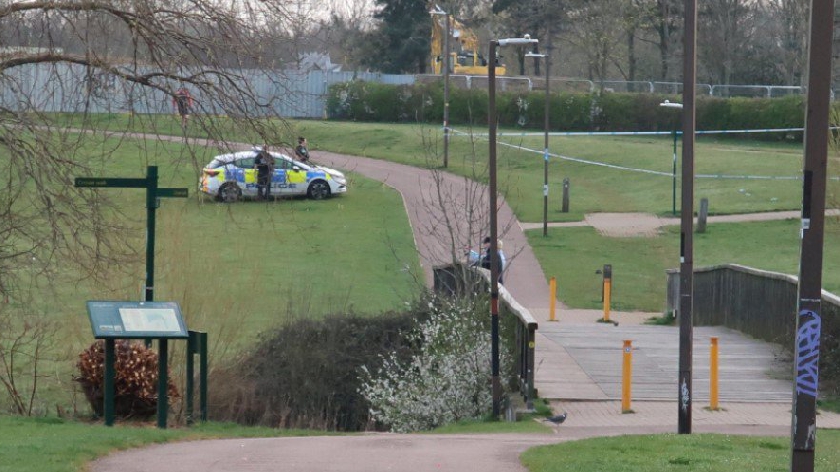 There will be a heavy police presence by a Milton Keynes lake today (31/3) as officers continue investigating the stabbing of two teenagers.

Last night, officers were called to a redway next to Furzton Lake following reports of a large altercation involving a group of around ten people.

Two teenagers, aged 18-years-old and 19-years-old, were stabbed during the incident and had to be taken to Milton Keynes Hospital for their injuries, which were non-life-threatening.

Three males aged 18, 17 and 15 from Milton Keynes have been arrested and remain in police custody at this time.

However, while investigations continue, police have said that there will be a "high visibility presence" in the area.

One listener took a photograph at Furzton Lake this morning (31/3) which showed an area that was cordoned off, alongside police officers and police cars parked stationary monitoring the scene.

Police are reassuring residents that they believe it was an isolated incident, and that there is no threat to the wider community.

Speaking last night, Inspector Nick Herceg, based at Milton Keynes police station, said: “I fully understand that incidents like this will naturally cause significant concern in the local community and I would like to reassure the public that we have a large number of police officers and staff deployed in the area conducting patrols and investigating this incident with the utmost priority.

“At this early stage of the investigation, we believe that the victims and the offenders are known to each other and we do not believe there to be any wider threat to the local community.

“However, should you have any concerns or information that you wish to share with police, please do not hesitate to speak to any of our officers in the area."

He continued: "We will continue to retain a high visibility presence in the area while this investigation continues, and have scene-watches in place.”

Anyone who witnessed the incident, or may have potential information, should contact the police on 101 or make a report online quoting reference number 43210134271.

People who live in the Furzton or Emerson Valley areas are also being encouraged to check dashcam, CCTV, and doorbell footage to see if the cameras have captured anything that can help the investigation.

If you wish to share information but would like to remain anonymous, you can call the independent charity Crimestoppers on 0800 555 111.

READ MORE: Appeal for witnesses after teenagers are stabbed in Milton Keynes