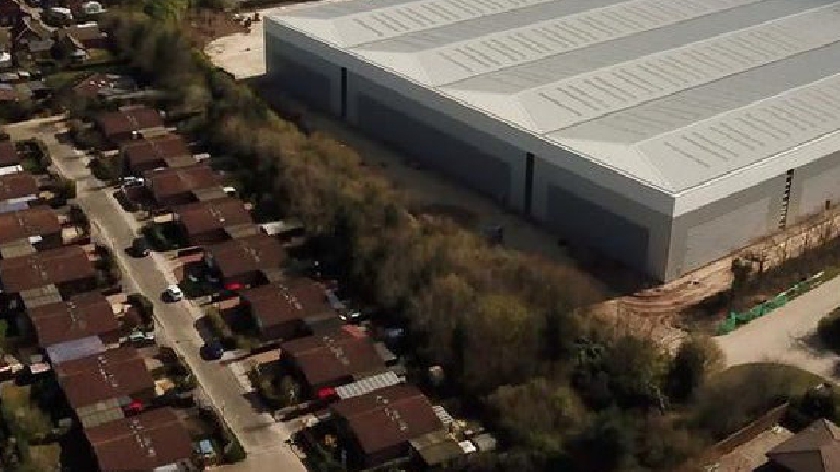 The developer, GUPI 6 Limited, had requested to proceed with a legal challenge against a recent appeal decision made by the planning inspector.

Councillors have welcomed a ruling from the High Court rejecting a legal challenge that would have paved the way for the developer of the controversial warehouse in Blakelands to operate HGVs throughout the night.

GUPI 6 Limited had requested to proceed with a legal challenge against a recent appeal decision made by the planning inspector that concluded that residents would be “adversely affected at night-time by the noise from operations at the warehouse”.

Residents, who had the warehouse built on their doorsteps, were facing the prospect of a 24-hour operated warehouse.

When the hearing took place on September 9th, a High Court Judge rejected the developer’s case, bringing an end to the developer’s challenge against the planning inspector’s decision and fears over night-time HGV operations.

This announcement comes as MK Council’s audit committee confirmed that Tim Straker, a Barrister and Deputy High Court Judge, has been appointed to review the planning process around Blakelands Warehouse.

The Blakelands Residents Association said they are “pleased” that the legal challenge has been dismissed as the condition “protects us from HGVs operating throughout the night”.

The MK Conservatives have welcomed the ruling, Cllr Alex Walker, Leader of the Conservative Group, said:“It is welcome news that the developer’s legal challenge has been dismissed.

"I’m sure it will come as a relief to the Blakelands residents who have been fighting tooth and nail that they will not have HGV drivers operating throughout the night and further damaging their wellbeing.

"We will continue to stand with our Blakelands residents and support them however we can.”