How long before a serious incident on the V1 in Tattenhoe? 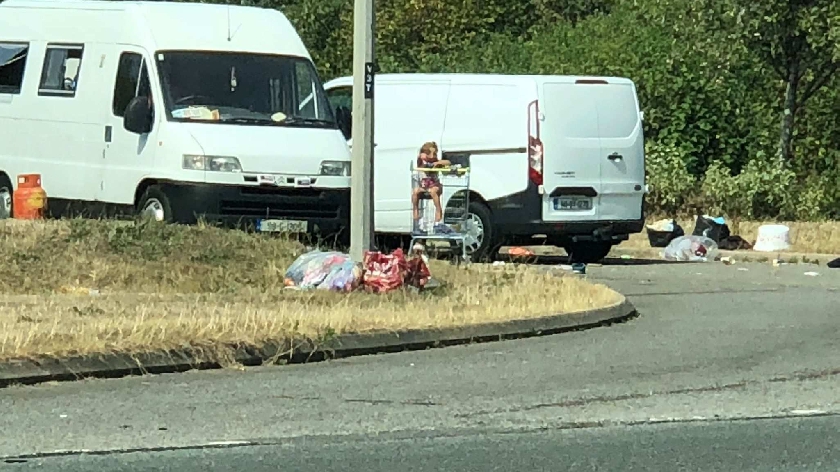 Local residents have raised concerns and reported the children, believed to be of travellers, have been 'playing' on a national speed limit road in Milton Keynes.

An MKFM reporter witnessed first-hand today the escalating situation on the V1 near Tattenhoe.

Last week, we posted our exclusive video of an unnamed man who was setting fire to industrial cables whilst wielding a weapon.

Residents have continued to report the fires and a toxic smell which some claim has made them feel unwell.

The Council have confirmed today that extra staff from environmental health have been drafted in to work outside of office hours to help resolve the problem.

MKFM tweeted key decision makers last week regarding the situation and within 24 hours the leader of the council and Local Police Area commander met to discuss the issues.

Several press releases, information and interviews have since followed from a number of organisations.

The travellers, who have been on a slip road near Tattenhoe Park for almost two weeks, have continued to let their children play in the road.

Today residents contacted MKFM after seeing two children, believed to be under the age of five, playing in a shopping trolley on the edge of the 60 mile an hour speed limit V1 road.

One resident said she tired to call 101 but gave up after being forced to wait in a queue of calls.

An MKFM reporter managed to report the incident to 101 this afternoon and had to wait for almost nine minutes for the call to be answered.

Another resident has claimed that a child around 10 years old was stopping traffic on the V1 near the unauthorised traveller site.

Residents are holding a meeting tomorrow night from 7pm at Tattenhoe Sports Pavilion to discuss the ongoing issues.