It's been quite a momentous decade, says Milton Keynes MP reflecting on his 10th year 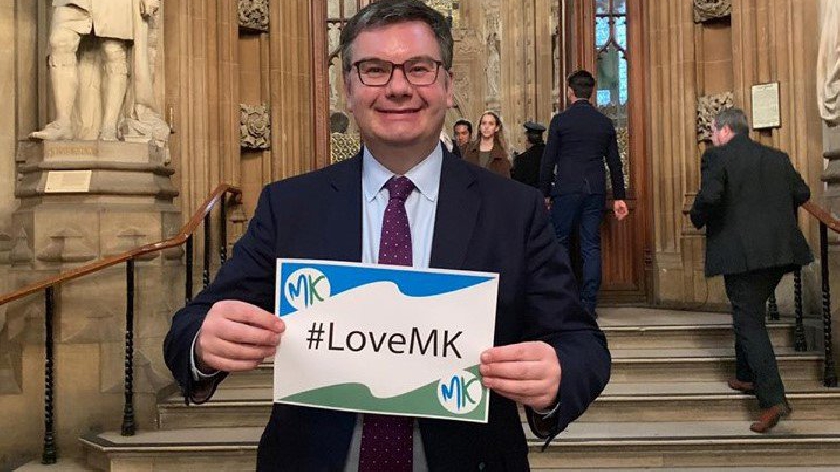 On the 6th May 2010, the people of Milton Keynes South took to their polling stations to vote. Then, on this exact day ten years ago, Iain Stewart, a British Conservative Party politician and former headhunter, became their local MP.

Throughout the past ten years, Iain Stewart MP has taken part in various local campaigns including Building Affordable Housing and Tackling Homelessness, NHS Investment, and "I before E" - Infrastructure before Expansion. Click here to find out more about the campaigns.

Speaking to MKFM, Iain Stewart MP said that the decade has gone "very quickly" and that he did not realise it was the anniversary until a colleague flagged it up.

He said: "I'm quite gobsmacked that it's gone so quickly, but then so much has happened in that decade.

"When you look back at all that's happened, when in 2010 the nation's finances were in an immediate and dangerous state that required very quick action to get things back under control."

The MP also referenced other major events that have taken place including the London riots, international issues in Syria and Libya, and the Brexit referendum.

He continued: "We've had three Prime Ministers, four general elections and three referendums in a ten year period - it's been quite a momentous decade in British politics".

Another historic event that is currently taking place is, of course, the coronavirus pandemic. "It's been challenging for everyone right across the board," Iain commented. "I want to say an enormous thank you to people that work at the hospital, the carers and everyone else who helps keep the community going [including] supermarket workers, bin men, delivery drivers, and everyone else. They are the unsung heroes of this."

During the pandemic, Iain Stewart MP has spent the majority of his time working from home and has only gone into Westminster for a couple of days. "I know it's tough for everyone," he concluded. "I don't have a garden, so I don't even have that 'retreat', but luckily where I live in Milton Keynes there are some nice walks around so I've been able to explore more of the local area."

You can find out if your housing estate is in one of the wards mentioned by clicking here.