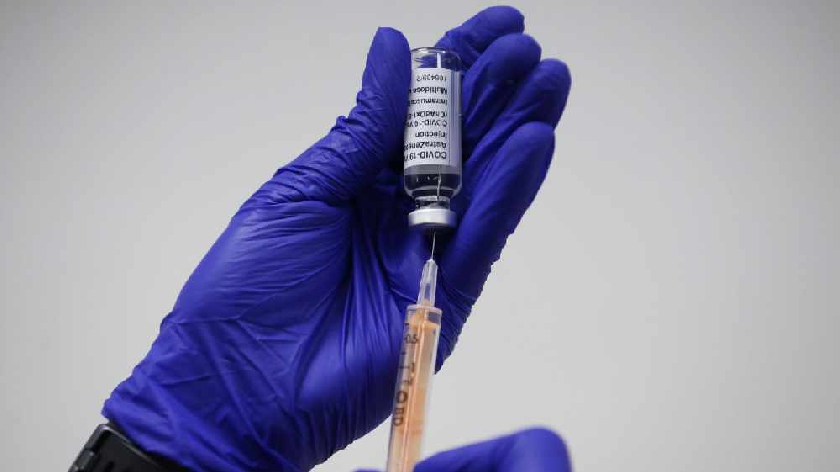 More people in younger age groups are being allowed to get their covid jab across the Bedfordshire, Luton and Milton Keynes (BLMK) area as health leaders push to get more people protected against the Indian variant.

An NHS chief stressed at a meeting yesterday that they are sticking by the covid jabbing rules, but have been allowed some “flexibility” in classifying people as carers or when they live in “multi-generational households.”

Geraint Davies, the BLMK’s director of performance and governance, said that vaccinations could now be given to people aged 32 and above.

He added: “We also have the freedom locally to work on what are called multi-generational households and either registered or unofficial carers.

“We are working very flexibly with our providers and making sure they have a conversation to see how they can fit in the criteria.”

Mr Davies added however that they “cannot do a Bolton” and give jabs to all over 18s but they are working within the guidance on who to give jabs to.

The meeting of the BLMK clinical commissioners also heard that the approach on vaccines is not just being used in Bedford, which has been hard hit by the Indian variant, but across the whole BLMK area.

“We are going to adopt that across all of BLMK,” said Mr Davies.

“We are recognising that the variants of concern are growing but not just in Bedford.

“There’s the potential for it to go everywhere and we need to be ahead of the curve, not behind the curve, and that’s what we are trying to do with the vaccination programme.”

The meeting also heard that seven pharmacies in Bedford are due to start vaccinating people from June 3, with others across the area set to follow.

The Bedford Doctors on Call (Bedoc), which was winding down its jabbing service, is firing it up again and hopes to vaccinate a further 20,000 people.

The NHS chiefs heard that the vaccination programme is learning lessons from Luton and Bedford, where people have been able to turn up for vaccines without booking first.

“By taking the vaccine out and enabling the population to come to it you do increase the vaccination uptake,” said Mr Davies.

They have been using mobile “vaccine buses” in Bedford and next week St John Ambulance is set to help out.

“Taking the vaccine out into the community addresses the 3Cs of complacency, confidence and convenience,” said Mr Davies.

They have been using mosques, churches and community venues to take the jabbing service into those areas with lowest vaccination rates.

Mr Davies revealed the area is “expected to deliver” a minimum of 90 per cent vaccination of people in cohorts 1 to 9.

They have already hit that figure with “over 90 per cent” in the over 65s.