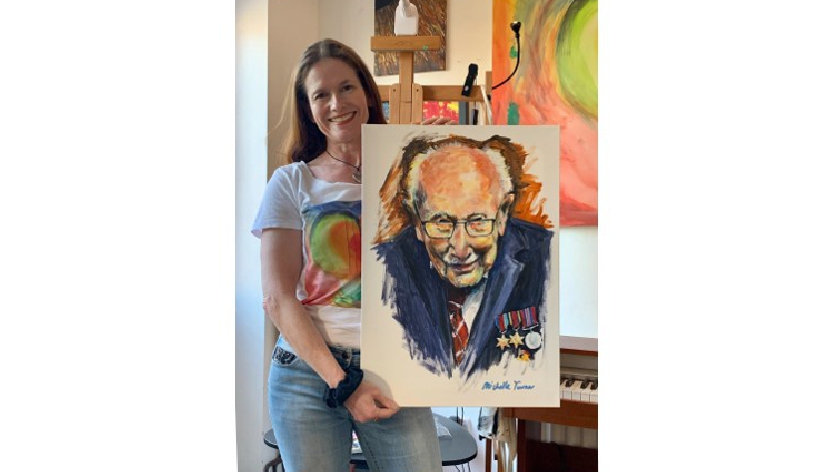 Michelle Turner, from Olney, has put her painting of Colonel Tom Moore up for auction with all proceeds going directly to the NHS.

Michelle, who runs a local art workshop, decided to focus one of her online classes on Colonel Tom. She posted images of the work in progress which received an "incredible" response.

She told MKFM: "When initially my work in progress images of the painting started to go viral, with such an incredible response, it made absolute sense to me to use my finished painting of Colonel Tom to add his own fundraising efforts. Not able to help in other ways, by donating all proceeds to the NHS and especially Meals for the NHS - which provides meals for NHS Staff fighting Covid 19 and also supports local restaurants too - it is my way to do my bit."

Michelle continued: "As it's Florence Nightingale's 200th birthday tomorrow too we really are hoping to get the bids rolling in for Meals for the NHS and raise the roof by 5pm."

You can bid for Michelle's painting of Colonel Tom Moore by clicking here.