Local girl makes her Royal debut in The King and I 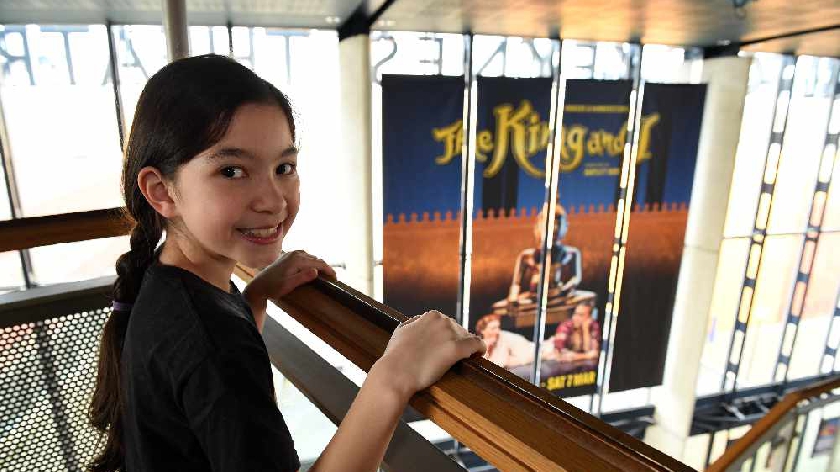 Romy Houghton-Brown, aged 9, will be swapping the classroom for the stage and making her professional debut as one of the royal children when The King and I comes to Milton Keynes Theatre this week.

Romy, who attends Roundwood Primary School in Gawcott, said: “I still can’t believe I’m going to be making my professional debut on the Milton Keynes Theatre stage in the international tour of The King and I. I love musicals so much, my Mum takes me to the West End as often as she can. I’ve seen both Matilda and Wicked and I even did a Stagecoach West End event at The Adelphi theatre, so to now be joining this amazing award winning West End production which was at London’s iconic Palladium is super cool. I’m nervous, but super excited!”

Bartlett Sher’s interpretation of the Rodgers and Hammerstein classic from the golden age of musicals is a triumphant revival. The King and I tells the story of the unconventional and tempestuous relationship that develops between the King of Siam and Anna, a British schoolteacher whom the modernist King, in an imperialistic world, brings to Siam to teach his many wives and children.

The King and I features a company of more than 50 world‐class performers, including Annalene Beechey starring as Anna and Darren Lee reprising his role as The King.

The King and I will be at Milton Keynes Theatre from Tuesday 25th February till Saturday 7th March.