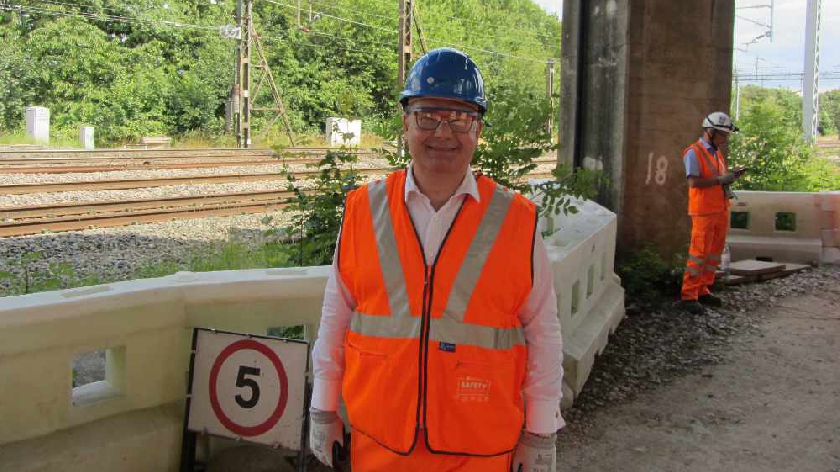 The Government announced the preferred route for the central section of the railway on Thursday (30/1), which will later link with Milton Keynes.

The route will connect Bedford and Cambridge by rail with more stations being built on the line, eventually connecting with Milton Keynes via Bletchley Train Station.

This next phase of the East West Rail is welcomed by Iain Stewart MP, the Government’s Champion for the Oxford – Milton Keynes – Cambridge Arc, providing better connectivity to and from Milton Keynes.

Iain Stewart, MP for Milton Keynes South, said: “I am delighted that this next stage of the east-west has been announced. With preparatory work on-going for the section between Bletchley and Bicester, it is good to see the section east of Bedford being set-out.

“When completed, this line will be a major economic boost for Milton Keynes and help the environment by encouraging a shift from road to rail transport.”

This move hopes it will be easier for MK residents to travel within the Arc for work, tourism, and recreation.

George Freeman MP, Minister for Future of Transport, said: “East-West Rail has the potential to improve rail links to support opportunities for new housing, reduce congestion and pollution and unlock the economic potential across the region.

“By boosting rail connectivity we can improve access to economic opportunities for people in this area, and boost the quality of life in this vital arc.”

A statement on East West Rail's website says: "Having announced the Preferred Route Option, we will continue to talk with local communities and local authorities, both informally and through formal consultation, to develop a specific route alignment, so we can begin the process of applying for planning consent."

A statement on Network Rail's website says: "The new Central Section will improve rail transport between the Bedford area and Cambridge and provide a direct rail service between Oxford and Cambridge. A typical train journey between these two vibrant cities can currently take two and a half to three hours; initial journey time predictions for are direct route are one to one and a half hours."