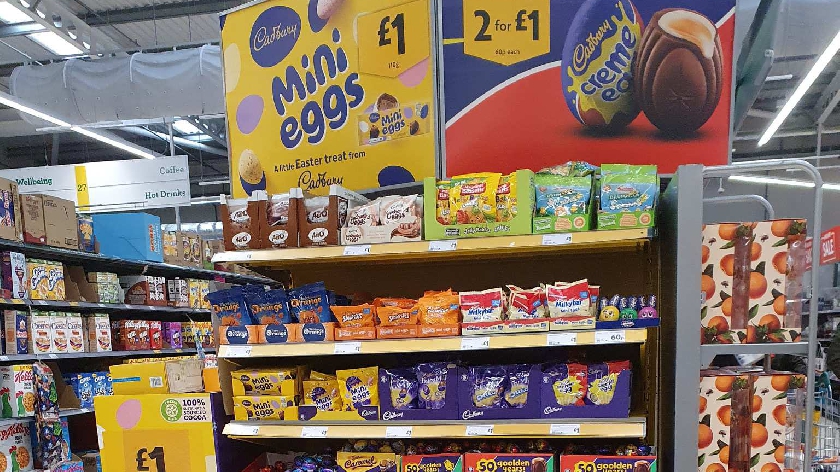 Many shoppers have been left disappointed and empty-handed today as they desperately search for Easter eggs, seemingly amongst a national shortage.

Many people have taken to social media and were quick to compare the empty supermarket shelves to the toilet roll shortages of last year.

One Twitter user explained their shopping struggle as they said: "I went to Sainbury's, Tesco, M&S, B&M and Spar and they were all sold out."

On the other hand, another user believed that people were given ample time to purchase chocolate goods over the last few months. They said: "They've been up on the shelves since the middle of January, it's not like people haven't had time to get some."

The nationwide shortages come as supermarket chain Asda report that they are on track to sell over 19 million eggs this year, a record number for the company and about 3 million more than last year.

It seems that there is also little hope to acquiring Easter eggs online as many shoppers are reporting similar problems. Mark & Spencer's website warned of possible stock shortages due to the extremely high demand they were experiencing.

Whereas other retailers such as Cadbury's seemingly have no Easter eggs available on their website as they appear to be sold out completely.