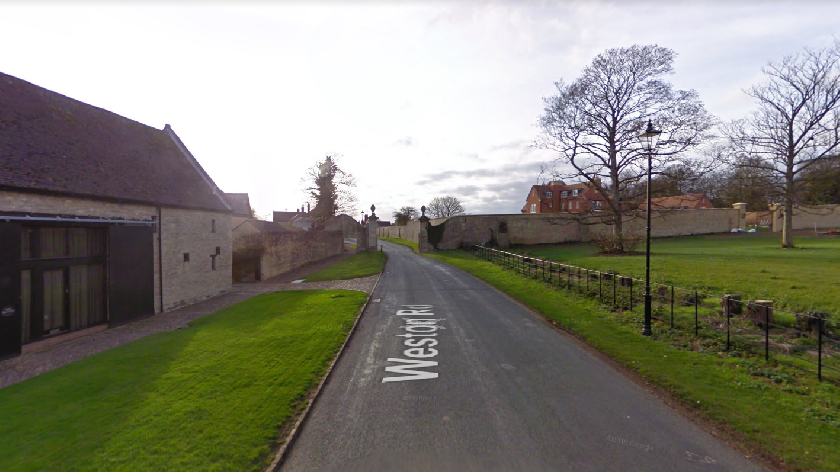 A farming family has applied to the council to built a stone age style long barrow where non-religious people will be able to store the ashes of their loved ones.

Michael and Christopher Goss are part of a family that has been farming in Weston Underwood for three generations and they now want to turn a 660 sq metre slice of their land into an ancient burial mound.

“We know from our own experience, and that of close family and friends,that knowing where to put the cremated remains of a loved friend or family member is a real dilemma,” the Goss’ say in their planning application to Milton Keynes Council.

“Many people have no religious ties or allegiance to particular resting places and still want somewhere peaceful and respectful which seems fitting, and where they feel their loved-one’s remains will be safe.”

The 40m long barrow would have 332 ‘niches’ or small shelves, each designed to hold an urn containing cremated human remains.

Niches would be sealed with oak or limestone and carved with the name of the occupant.

It would also have 210 more niches which can hold a written scroll, small tribute, or keepsake as tributes to a loved one.

The Goss family want to use local limestone to build the whale shaped hump with a seeded, topsoil roof on a 660 sq metre areas of their land at Woodlands Farm, off Wood Lane.

It would have just six car parking spaces and would be a place where relatives and friends would be able to visit and reflect. But it would not host funeral ceremonies, they say.

According to Wikipedia long barrows chambered tombs were built across Western Europe, including the UK, between 5,000 and 4,000 BC.

In their submission to council planners the Goss’ say they don’t want to make it a strong commercial operation. Their family has been farming the land for nearly 80 years.

“Our hope is to provide a facility for local people over a number of years, respectful and in keeping with what users may expect from this type of facility, whilst at the same time offering a stable and sustained income to support that of our family farming operation,” they say.

They say they are friends with stone mason Geraint Davies who was behind the first modern day long barrow designed and built near Stonehenge.

They’ve told the council planners that they intend to stay in farming for many years to come.

“An overriding consideration for us is the integrity of the site and the impact of development on the villages and our local area surrounding it, in particular Weston Underwood itself,” they say.

The application is currently open for the public’s comments on the MK Council planning website. It has a deadline of July 7 for a decision to be made.