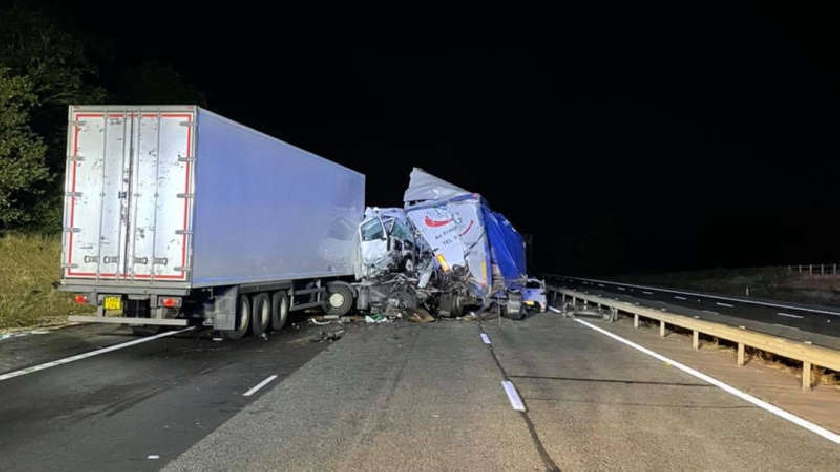 The collision occurred just after 2am this morning and amazingly all occupants got away with just minor injuries.

The collision took place on the M40 J10-11, on the junction that meets the A422 to Milton Keynes.

The incident closed the road for several hours.

Reports say the collision involved 4 HGVs and a car.

Oxfordshire Fire and Rescue Service said: "Just after 2am this morning we were called to reports of multiple HGVs and a car involved in a collision on the M40 J10-11 on a stretch of the motorway not far from an earlier collision we had attended.

"On arrival we found all three lanes completely blocked due to the collision.

"Amazingly nobody was trapped, and all occupants of the vehicles involved had managed to get themselves out suffering only minor injuries who we administered first aid to.

"From the photos you can see the extent of the damage to the vehicles and it is a miracle nobody was seriously injured."

They conitnued: "We can’t stress how important it is to keep your eyes on the road, wear your seatbelt, take breaks if driving for long periods of time and give yourself enough free space in the road ahead to allow you to come to a stop safely if you should need to.

"Collisions happen when you run out of time and space."