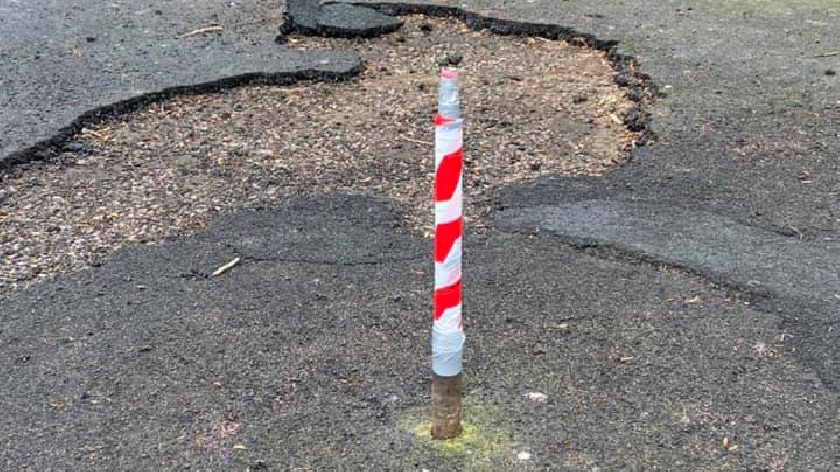 Locals have taken to social media to express their concerns after a roundabout was removed from a park in Newport Pagnell as many believe the remains present a clear and present risk to children.

The sharp metal pole left behind after the removal of the roundabout was wrapped in hazard tape, but many believe that this does not do nearly enough to protect children playing in the surrounding area.

Local Joanne Plummer, who first raised the issue on social media, said: "The roundabout has been removed from the park behind Portfields again.

"It’s a safety hazard, someone could easily trip and impale themselves on this. Please be careful, play safe and perhaps play at a different park for now."

In the comments of the original post, many were also worried that children who often frequent the park could be seriously injured if nothing was done.

One local said: "If that was my job to remove that piece of equipment and I left that pole in the ground like that, my company would sack me for leaving it like that!! Health and safety would have a field day."

Others have called on local authorities to invest in a complete renovation of the area, another local said: "It’s a shame the majority of the parks in Newport Pagnell are so poorly kitted out for the youngsters. Maybe these areas need seriously reinvesting in."

Both Milton Keynes Council and Newport Pagnell Town Council have been made aware of the issue and are believed to be currently investigating.