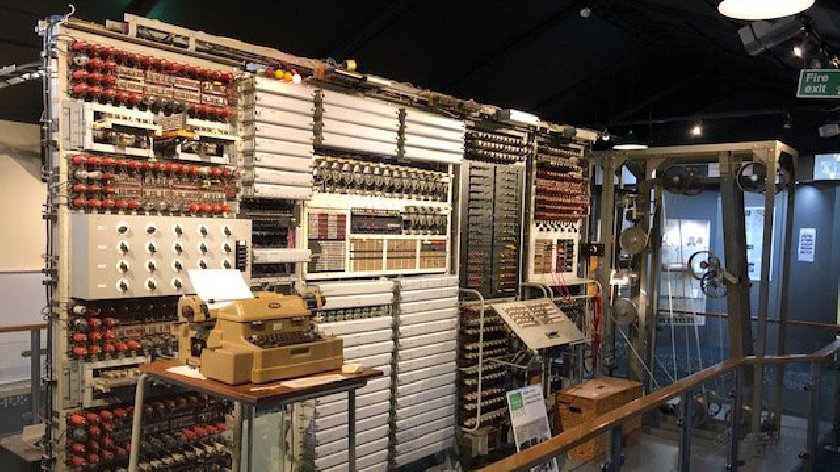 The National Museum of Computing, which is a local charity, will be reopening on Friday (28/5) following months of closure.

Throughout the pandemic, the museum, which is based at Bletchley Park, worked hard to engage with the public through virtual events, talks and online guided tours.

On the museum's opening weekend, there will be socially distanced events and activities including:

- Bring a cardboard computer you have made, and you will receive a free entry for your next visit

- On Saturday 29th, there will be a full outdoor display by the Home Guard re-enactment group that will be around all-day

As part of their opening season, The National Museum of Computing is launching its BBC Micro @ 40 competition, where contestants will create an original piece of music for the introduction screen to a fictional game using a Raspberry Pi.

The competition is part of TNMOC’s year of events celebrating the 40th anniversary of the iconic BBC Micro. Entries can be submitted individually or as part of a group; the deadline submission is August 19th, with winners announced on August 25th.

The museum, which is home to the largest collection of working historic computers in the world, will also have functional displays – demonstrated by its volunteers – where visitors will once again be able to witness famous machines in action.

The National Museum of Computing’s collection includes a working reconstruction of the Turing-Welchman Bombe – the electro-mechanical device used to decrypt Enigma-encrypted Axis power comms in World War II – and a rebuild of Colossus, the machine used to break the Lorenz cipher used by the German Army during World War II.

On the reopening, Museum Director, Jacqui Garrad, said: “We are so excited to finally be able to welcome the public back into the National Museum of Computing. It’s been a difficult year, and we’ve worked hard to continue to conserve, educate and engage with our growing community. We’ve got a lot planned and hope this summer will be our best one yet; we can’t wait for the public to see what we have in store.”