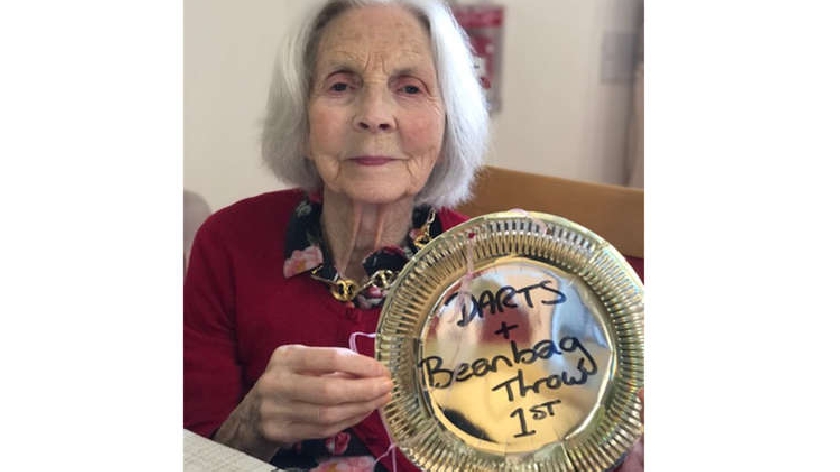 The torch was proudly paraded around the home pre-games by both residents and staff.

The three different care units inside the building – Tickford, Lovat and Cedars – then all faced off against each other in six events, over the course of two weeks.

Tickford were triumphant as the overall winners, managing to take home the trophy.

Residents of all age 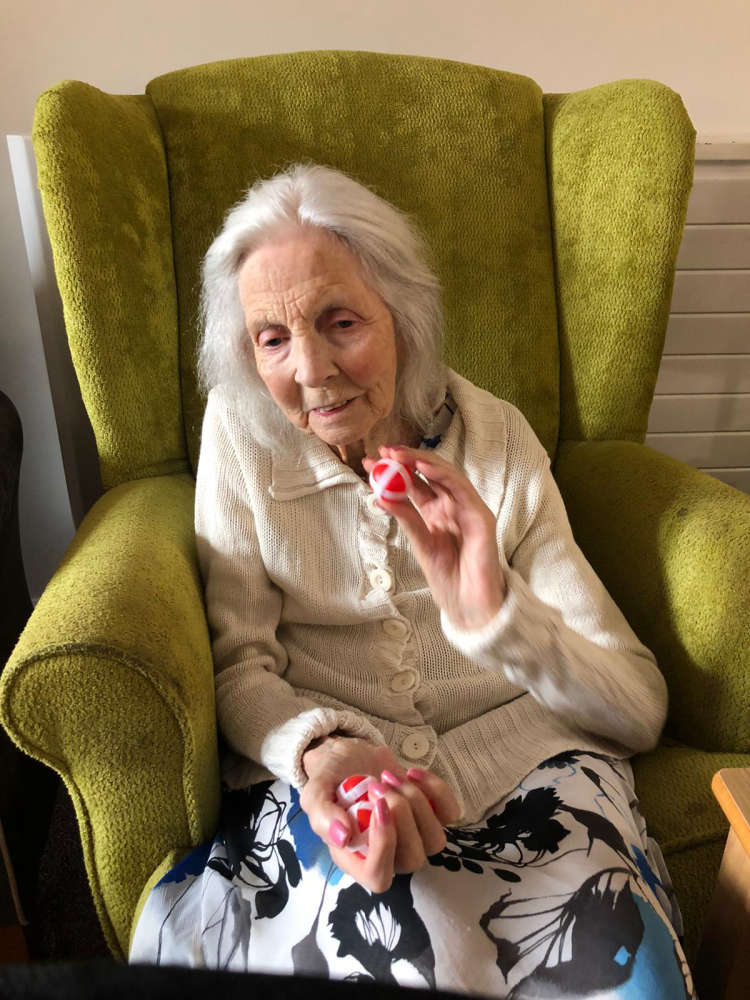 s took part – from the youngest at 61 to the oldest competitor, who is over 100.

The games were very inclusive, ensuring even those who are unable to move from their beds or are usually less sociable, got involved in the action.

There were some surprises among the winning Olympians too with 87-year-old Olive Ashworth (pictured) taking gold in the darts and beanbag throwing.

Olive’s darts score was the highest in the building, which earned her an additional prize voucher. She now proudly displays the winner’s trophy in her room.

Beryl Wilson, 94, said: “It was really enjoyable taking part in the activities.”

Josephine Hind, 91, said: “It was interesting watching and joining in.”

Julie Roche, Home Manager at MHA Westbury Grange, said: “It was lovely to see our residents' faces and how much they were enjoying the games.

"It was quite emotional for me, particularly after the last 18 months everyone has been through.”