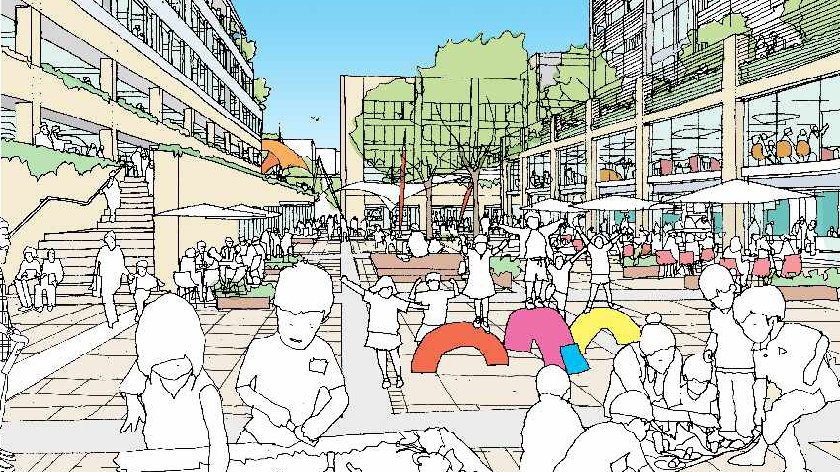 First Base, the mixed-use developer behind the planned Saxon Court redevelopment, has donated to five local charities, including MK Community Foundation and Milton Keynes University Hospital.

The company also reports that the second and final stage of the public consultation, which has been feeding into the emerging proposals for the redevelopment of the former council building, concluded with an overwhelming 6,500 people participating across both rounds.

To support local causes, and reward participants for completing consultation questionnaires, First Base and investors Patron Capital offered consultees the chance to choose one of two selected local charities to donate to – MK Community Foundation and MK Act.

Respondents were able to collect points by answering questions and sharing their views on how the development could benefit the local community. Upon completion of the polls, they were then able to donate their points to either of the two charities, which First Base turned into a charitable cash donation.

Over £2,000 has now been split between MK Community Foundation, an independent charity working at the heart of Milton Keynes to connect people and resources to projects and ideas, and MK Act, a charity working with families across the city to help them move on from fear and abuse.

A further £1,500 has been donated directly by First Base and Patron to local charity organisations, MK SNAP, Ride High, and Milton Keynes University Hospital.

“Engagement through consultation is the best way for First Base to understand how we can complement the community and giving back to the charities that operate here is one way we can thank participants. We are very pleased to be able to donate to so many Milton Keynes charities so that the local community can continue to benefit from the great work they do.” Comments Liam Ronan-Chlond, Head of Engagement and Social Value at First Base.

Ian Revell, Chief Executive of MK Community Foundation, comments: “Good community consultation is key to creating an inspiring sustainable project and the Community Foundation is really pleased to be working in partnership with First Base as they develop their plans for the re-development of Saxon Court. Even better to receive a donation as a result, which will be added to our community fund to support voluntary community and culture groups across the borough”.

First Base and Patron have engaged the local community on emerging plans for Saxon Court across two phases of public consultation and has received a positive response to the proposals.

The first phase, which took place at the end of last year saw more than 1,500 residents give their feedback. In the second phase, which has just concluded, over 5,500 people responded with 3,500 people visiting the virtual exhibition space on the project website.