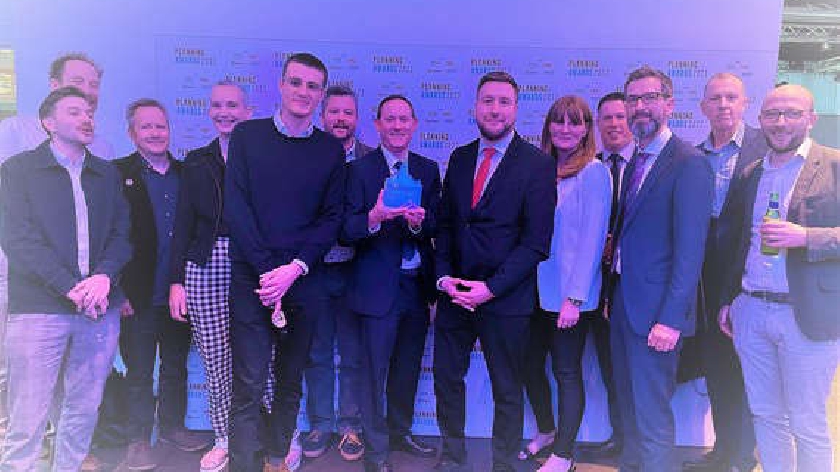 MK council has won the ‘planning permission of the year’ prize for the redevelopment of the Agora in Wolverton.

Judges at the Planning Awards awarded the prestigious prize to Milton Keynes Council after being impressed with their management of the proposals in a 'truly 21st century styled development' for a mixed-use regeneration scheme.

The redevelopment project, Love Wolverton, has been praised for its joint-working approach between the council, developer TOWN and the local community.

Back in January it was announced that Milton Keynes Council formally completed buying the site from private sector owners over the Christmas period. After two decades of false starts, this meant the project could move forward with the site currently undergoing internal preparation, internal demolition and removal of internal materials before it gets demolished in July.

The Love Wolverton scheme with MK Council and TOWN will include car-free ‘little streets’ and a pocket park for residents and visitors to use, a sustainable mobility hub, which includes an electric car club and bike hire facilities, an energy microgrid that generates a large share of the annual energy needs of the development on-site, 86 new rental homes, with 31% being affordable housing.

It also includes a cohousing community for older people with a further 29 homes for sale and social rent and 8 new shops for independent local businesses, and a community space

Further details about the awards and entries can be found on the Planning Awards 2022 website.

Leader of MK Council, Cllr Pete Marland commented: "We’re really proud to have this recognition which shows just how ambitious and ready we are to continue growing our city. With so much competition for these awards, this is a testament of what the team has been able to achieve over the past year.

"We are working hard to deliver well planned growth and renewal across the city, and as we rebuild trust in our planning team awards such as this show we are moving in the right direction."

Neil Murphy, Director of TOWN, added: "We share the council’s pride at winning this award. Everyone involved has been invested in getting this project right for Wolverton and the wider city, which made for a complex planning process. Open and cooperative engagement between TOWN, the Council and the wider community have been key to the success recognised by the judges, and we look forward to that continuing as we move into the construction stage."

Last week, it was announced that Wolverton has been named one of five towns in England to pilot a Community Improvement District.

It is all part of pioneering new initiative by Power to Change, backing community business in England that trade for the benefit of local people.