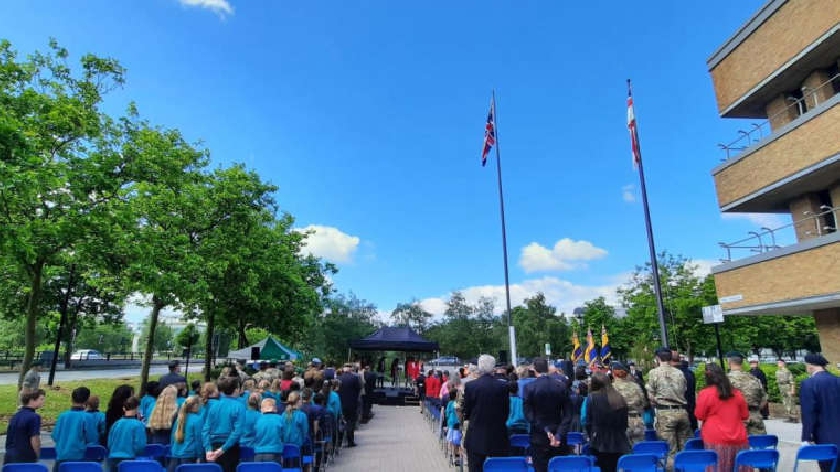 The Armed Forces Flag was raised outside Civic at a special ceremony yesterday morning (20/6).

The Armed Forces Day flag is flying above the council's Civic offices, to mark the beginning of Armed Forces Week.

It was also broadcasted live on the Mayor's Facebook page.

In 2017, MK Council signed the Armed Forces Covenant and is recognised with the Gold Award in the Ministry of Defence’s Employer Recognition Scheme for its work to support members of the Armed Forces community back into the workplace.

Cllr Trendall, the Council’s Armed Forces Champion said "These annual celebrations are an opportunity to recognise and thank the men and women of our Armed Forces who serve their country for us, and their families who support them. This year is particularly poignant as we commemorate 40 years since the Falklands War.

"I’m proud of all the work MK Council has done to support Milton Keynes’ local Armed Forces communities.  We want to make the same commitment to our Forces that they make to us, every day, and in so many parts of the world."