Milton Keynes Councillor urges litterers to 'bin off littering' in 2022 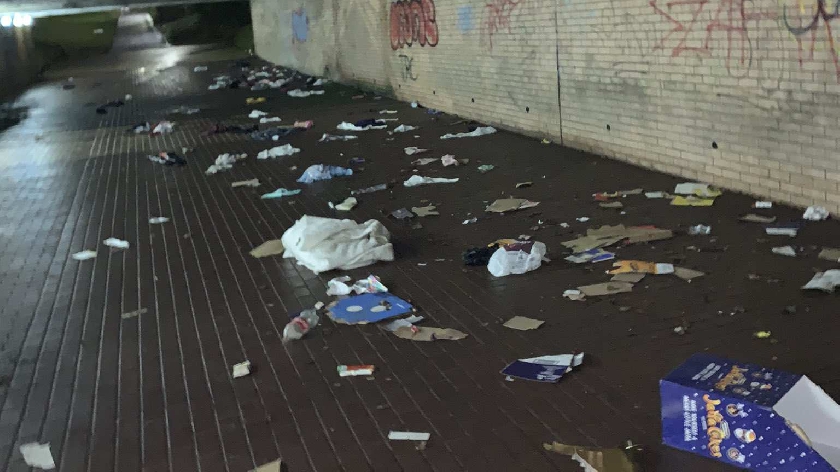 This call comes as the Council has this month introduced litter wardens, who have the powers to issue warnings and on-the-spot fines to people who drop rubbish.

Councillor Lauren Townsend, MK Council’s Cabinet Member with responsibility for fly-tipping and litter, is calling on litterers to bin off littering in 2022.

Councillor Townsend said: “We take littering seriously; it is an anti-social act that harms wildlife, pollutes our planet, and is an absolute eyesore. The Council spends around £3.5 million cleaning the borough each year, but some of this money could be spent elsewhere if litterers decided to take responsibility.

“There is a city-wide clampdown happening on litter, as The Parks Trust have also brought in their own team of litter wardens who will patrol our local parks. We are facing a climate emergency and now is the time to do your bit and stop littering, because if you don’t, we will take serious action.”

Each month, Milton Keynes collects approximately 140 tonnes of litter – which is the equivalent to the weight of the Statue of Liberty.

The Council’s teams work hard to remove litter from our streets and are out 363 days of the year doing regular clean ups.

Councillor Paul Trendall, Cabinet Member for Customer Services, added: “Nearly two thirds of people drop litter, and even if a fraction of these people stopped dropping waste then our community would be far cleaner and safer.

“Nobody is above the law, so if you choose to litter then you must factor in the possible consequences. Do your bit for the environment, and for the community, by pledging to stop littering for good, and do it today.”

Last week, it was announced that Milton Keynes Council has appointed 5 new enforcement officers who will be able to issue offenders with on-the-spot fines.

New enforcement officers have now been appointed by MK Council to watch out for and investigate littering such as fast food wrappers and empty coffee cups.

Careless litterers caught by the wardens may be issued with a Fixed Penalty Notice (FPN) of £125.

Just over 60 FPNs were issued on the first day of patrolling the streets this New Year.