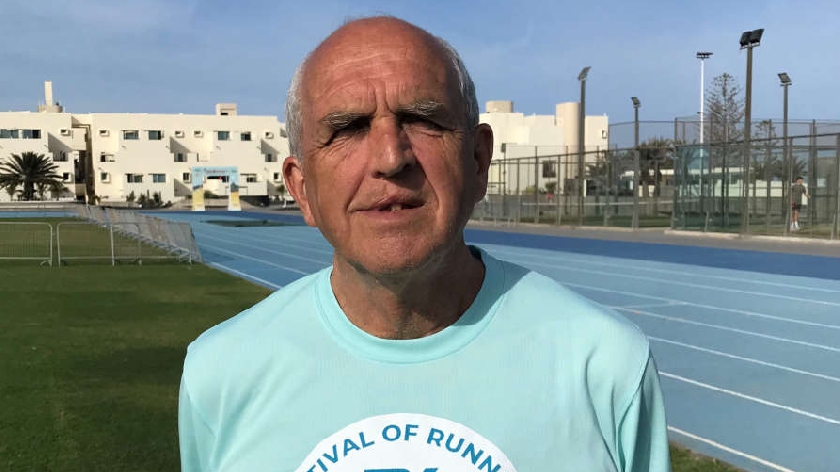 Marshall Milton Keynes Co-Chairman, Mick Bromilow, has been awarded the British Empire Medal in the New Year Honours Lists, for services to athletics in Buckinghamshire.

Dr Bromilow joined Wolverton AC in 1975 and became club secretary later that year when it changed to Milton Keynes AC. He coached for 15 years before taking over as chairman in 1992.

During his 30 years in the chair, the club has produced three Olympic athletes: Craig Pickering a semi finalist at 100m in Beijing in 2008, Mervyn Luckwell a javelin thrower at London in 2012, and World, Olympic, European and Commonwealth Champion, Greg Rutherford.

Throughout his tenure as chair, the club has had responsibility for managing the athletics stadium at Stantonbury, with volunteers looking after everything from track bookings to grounds maintenance.

Last year, the club was awarded the Queen’s Award for Voluntary Services in recognition of the sustained work over many years of the clubs outstanding volunteers. During this period the club has raised the funding to build a clubhouse and upgrade the track from six to eight lanes. It is now planning to build indoor facilities and a stand.

At track meetings, Mick is often down as the meeting manager, timekeeper or results processor.

For 15 years he organised the South of England Road Relays. For the past 18 years he has been the race director for the Milton Keynes Festival of Running.

He looks after the results for the East Midlands Road Race Series and the Chiltern Cross Country League.

The other two leagues folded within five years and the SAL is now the largest athletics league competition provider in the UK with 110 clubs taking part. Mick has been secretary of the SAL since it started.

Mick looks after several websites associated with the various groups he works with. He continues to look for ways in which the sport can improve. His latest experiment in using new technology to help record and process results of cross country races has significantly improved the quality and efficiency of these results.

His wife Fi Han and his daughter Lara, regularly compete on track, road and country. His younger daughter, Tanya, was a former South of England pole vault champion.