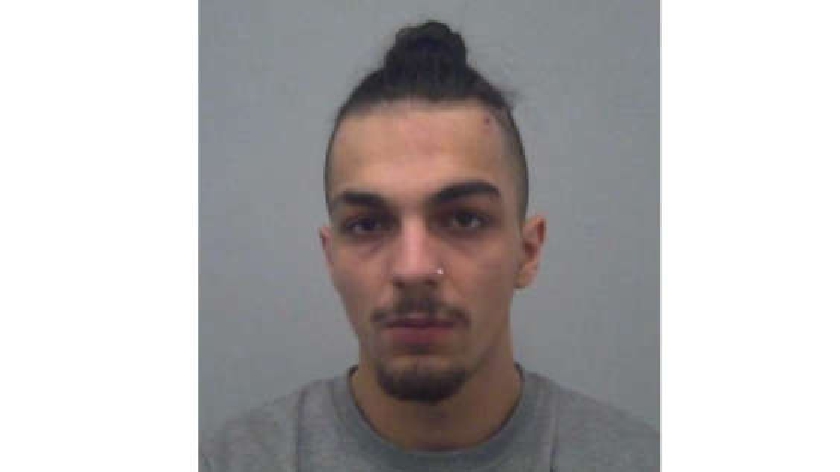 Image: Callum Aylett, jailed for life with a minimum term of 28 years

A man from Milton Keynes has today (11/10) been jailed for life for the murder of Jay Fathers and for inflicting grievous bodily harm with intent on another man in Stantonbury, Milton Keynes, on New Years’ Day this year.

Returning to the same court for sentencing, Aylett was sentenced to life imprisonment with a minimum term of 28 years.

He was also sentenced to 12 years’ for Section 18 wounding with intent to run concurrently.

At just before 3am on New Years’ Day this year, officers were called to reports of an altercation in Walshs Manor, Stantonbury.

Jay Fathers, who was 18-years-old, was located at the scene with serious stab wounds and was being treated by his friends and paramedics from South Central Ambulance Service.

A second victim, a man aged 49 at the time, was also stabbed, suffering serious injuries, which required hospital treatment.

Aylett was arrested nearby and was charged with murder and attempted murder on 3 January.

The motive of the attack was an ongoing dispute between two groups, and Aylett attended the address in Walshs Manor armed with two knives that he had picked up from a kitchen drawer.

He stabbed Jay a number of times before proceeding to attack the second victim.

It is believed that Jay had intervened when Aylett became aggressive towards other occupants of the address, and he was not the intended target of Aylett’s actions.

“Aylett had earlier recorded words on his phone, clearly stating what he was intending to do, and this crucial piece of evidence ultimately led to a very swift conviction of Aylett, who has shown no remorse whatsoever for his crimes.

“Jay was a young man who had been at an address celebrating New Year.

“He could have had no idea of what was to unfold in the early hours of New Years’ Day.

“For whatever reason, which will only ever truly be known by Aylett himself, an altercation ensued inside the property, which escalated quickly, and Jay suffered fatal injuries.

“That Aylett had gone around to the property, arming himself with two kitchen knives, shows that he had every intention of causing harm that night, and despite the best efforts of Jay’s friends and paramedics, they were unable to save his life.

“Aylett’s second victim was also seriously assaulted, and it was only by a matter of fortune that he survived his injuries.

“Jay was a popular young man and had his whole life in front of him.

“Putting himself in harms’ way to try to protect others, resulted in him losing his life to a callous act which shocked and saddened the local community and left his family having to come to terms with an unimaginable loss.

“Aylett initially took no responsibility for his actions, but when he was presented with DNA evidence which proved his culpability, he was forced to admit responsibility, but claimed self-defence.

“The fact that the jury took only a few hours to convict Aylett shows how strong the evidence against him was.”

“Jay’s family and friends, as well as Aylett’s second victim, have all shown tremendous resolve and courage, having to listen to full details of the incident during the trial.

“They have supported our investigation throughout and my thoughts and the thoughts of Thames Valley Police remain with them all.

“Aylett’s decision to arm himself with knives that night, leading to this tragedy, has impacted on so many people.

“I know that the outcome of this case will bring no comfort or relief to Jay’s family, but Aylett himself will now have an extremely long time in prison to reflect on his actions that night.”

“I have a very clear message to those who arm themselves with any weapon, particularly knives.

“Carrying a knife is never acceptable, and there is always a significant risk that you will either use this yourself, or become a victim of a violent act.

“If you carry a knife and are caught in possession of a knife, you can expect the full force of the law to come down upon you.

“If you use a knife to harm anybody, we will find you, we will prosecute you, and we will put you in prison where you belong.