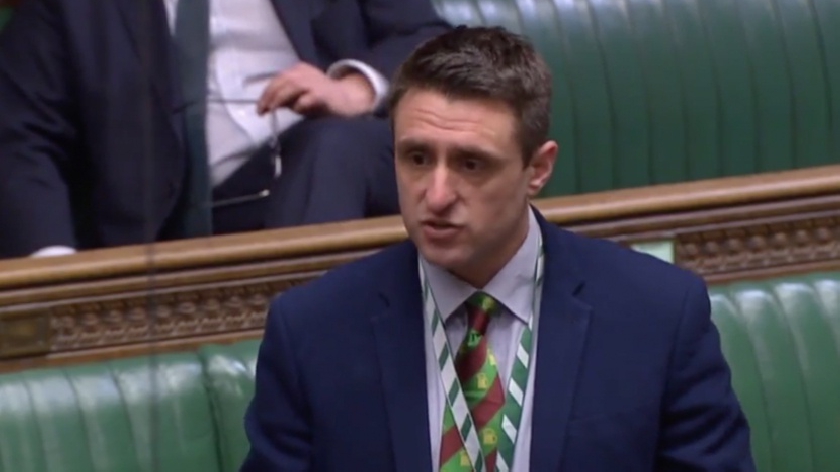 MKFM can reveal that one of Milton Keynes' MPs has joined the quickly-growing rebellion against the Government's plans to cut overseas aid.

Ben Everitt, MP for Milton Keynes North, is among the 30 Tory backbenchers urging Boris Johnson to reverse his policy that would see foreign aid drop from 0.7% of national income to 0.5%.

The rebellious MPs, who also include former Prime Minister Theresa May and former Foreign Secretary Jeremy Hunt, have proposed an amendment to the Advanced Research and Invention Agency (ARIA) Bill.

Just yesterday, the number of rebellious MPs stood at 14, so this quickly-rising number of unhappy politicians could mean that the Government is faced with a Commons defeat and is forced to reinstate its 0.7% commitment.

Local MP Ben has worked closely alongside Milton Keynes-based charity World Vision UK since being elected in December 2019 and is urging the Government to return to its manifesto promise.

He said: “The United Kingdom of Great Britain and Northern Ireland is the greatest country on planet earth.

“I'm proud that we are a global force for good. When Britain makes a promise to the rest of the world, we keep it.”

"We have hosted events together with both local young people and those in our WV Young Leaders programme. They are passionate about delivering opportunity for children globally as well as locally.”

The amendment is in the name of former Development Secretary and former Chief Whip Andrew Mitchell and former FCO adviser and newly elected MP Anthony Mangnell.

Andrew Mitchell MP said: “Every single member of the House of Commons was elected on a very clear manifesto promise to stand by this commitment.

“I have repeatedly urged the government to obey the law and implored Ministers to reconsider breaking this commitment. The cuts are now having a devastating impact on the ground and are leading to unnecessary loss of life.

“We urge the government to think again, or we shall be asking Parliament to reaffirm the law as it stands so as to oblige the government to meet its legal commitment, keep its very clear pledge to British voters and uphold Britain’s promise to the rest of the world.”

The Government blames economic damage caused by the coronavirus pandemic for the aid cuts and expects just under £10bn to be allocated to departments for aid spending in 2021 and 2022.

But critics of the policy believe the Government's decision will result in tens of thousands of deaths in other parts of the world.