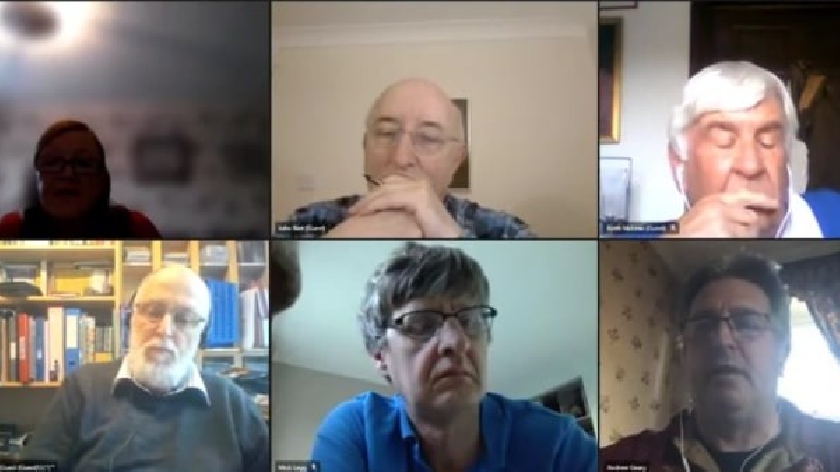 A family’s plan to extend their village home and convert their garage into a gym prompted more than 40 neighbours to exercise their democratic right to object.

Next door neighbour Steve Patrick claimed that if Rose Kelly and her partner Jake were allowed their “large square box” extension it would pose a threat to neighbourhood planning policies across the country.

Mr Patrick added that he could already hear music from gym classes at the house in Shepperton Close, Castlethorpe, and feared it would get louder if it came from the gym, which only has a wall a single brick thick.

They said that they had adapted to lockdown by developing online classes on Zoom and they did not want to open a commercial gym.

“We don’t believe we have been a nuisance,” they said.

“We have worked tirelessly to adapt to the neighbours.”

They added that some of the objections had been “misleading” and comments had been out of proportion to what they were proposing.

“We are just trying to adapt the existing house to our need so we can stay here and be an active part of the community,” they said.

Planning officers at the council had recommended that the panel of five councillors should approve the plan.

The committee was told that using the garage for Zoom classes classified as working from home, and that noise was not a planning matter.

In many other parts of the borough the applicants would be automatically able to get a 3m rear extension.

But the award winning neo-Georgian 1980s style of the area is fiercely defended and residents there have had permitted development rights removed. This means they have to apply for planning permission.

Mr Patrick warned that if the plan was not followed it is “a great loss not only to Castlethorpe but it will also be a great loss to other parish councils across the whole country who have invested in a neighbourhood plan.”

Castlethorpe Parish Council chairman Cllr Philp Ayles said they did not object to gyms but “this needs better noise insulation.”

Planning officer Rachel Larner said that it would be “unreasonable” for the council to set a noise condition on the plan.

Cllr Keith McLean (Cons, Olney) accepted that the council would lose if they refused the plan on noise grounds.

But he and other councillors supported a view that the proposal would break the neighbourhood plan.

Cllr Pauline Wallis (Lab, Central MK) added: “It looks different to the rest of the neighbourhood.”

Because members of the panel were proposing to go against the recommendation of their officers they had to take two votes.

The first one saw them reject the proposal to grant permission by five votes to nil.

And the second vote was also a unanimous one to reject the plan because they think is “out of keeping with the area”.