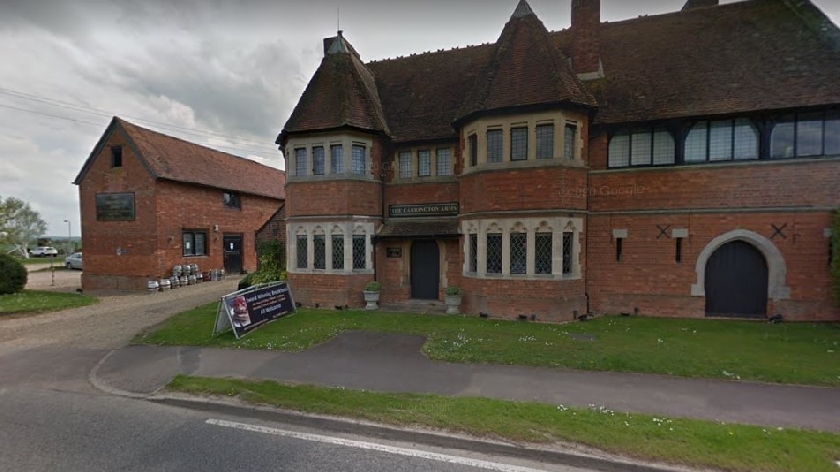 Owners of a historic village pub in Milton Keynes are bidding to secure the long term future of the business after it was closed for months by the pandemic.

Dodman Inns, which has owned the Carrington Arms in Moulsoe for 12 years, wants to build a detached garden room next to the pub which was built in 1860.

The pub, in Cranfield Road, has grade two listed status because it was built “in the style of” William Burges who worked for Lord Carrington at Moulsoe Church and Gayhurst.

Burges was a prominent figure in the Gothic Revival movement in the 19th century, the agents say. He designed and redesigned many prominent buildings, both ecclesiastical and secular, around the United Kingdom. There is no evidence to say that he actually designed it though.

The owners have been told by council planners that the “structure should be designed to suit the Carrington Arms rather than altering the character of the listed building to suit needs.”

And in their own submissions to Milton Keynes Council’s planning department the applicant’s agent says they believe the plan will have “the least impact on the existing grade II building”.

They had considered a plan to extend the building but ruled that option out.

The agents have also reminded the council that 5,975 pubs closed in 2020 and research predicts the high level of closures will continue through 2021 and 2022.

“It is essential that local thriving businesses are encouraged and given every opportunity to operate on a sustainable basis,” they say.

“The proposed garden room will provide a long-term sustainable level of profit supporting maintenance of the Grade II listed main building and barn using existing covers on the patio area all year round.”

The council has been presented with a heritage statement by Cotswold Archaeology.

They conclude that the glazed structure will only partially be obscuring the rear of the building and because it can be taken down it “will result in no harm to the significance of the listed building”.

Members of the public can comment on the plans which are available to see on Milton Keynes Council’s planning website.