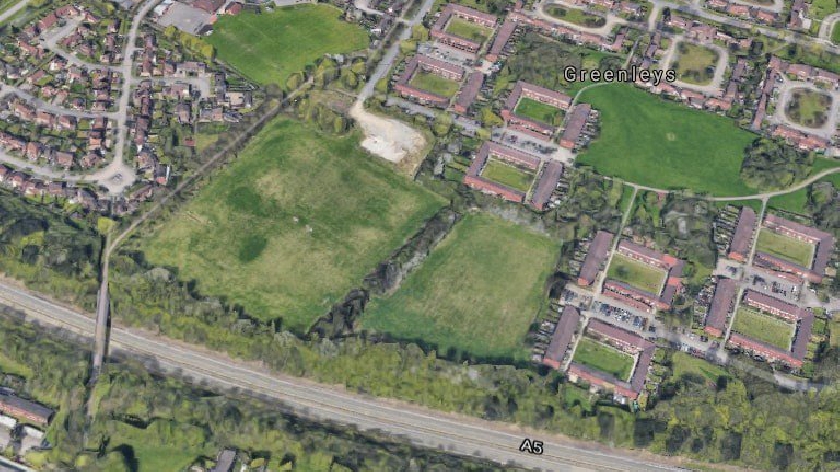 Plans to build 110 new homes and create a new sports clubhouse in Greenleys are coming a step closer.

Developer Bellway Homes (North Home Counties) has been told that it does not need to submit an in-depth environmental assessment with an forthcoming planning application for 5.34 hectares of land off Field Lane.

The former Wolverton Town Sports and Social Club had not been used as the home of Milton Keynes Rugby Club since it transferred to its new home in Emerson Valley.

The site has not been used for about five years and is currently unkempt and fenced off to prevent public access, the developers say.

It has been earmarked for up to 125 homes in the Milton Keynes planners bible, Plan:MK, since 2019.

in March this year Bellway, through their agent, Hertfordshire- based DLA Town Planning, applied to Milton Keynes Council planners to see if they needed to compile what is known as an environmental impact assessment (EIA).

They said: “Given the context of the development, in that the sports pitch would be replacing existing facilities, it is only actually the residential development of 110 dwellings which would have an environmental impact which would be on an area of less than five hectares.

“The improved sports facilities would have environmental benefits due to more energy efficient buildings, fit for purpose facilities and careful design to minimise visual impact.

“Given the size and scale of the development it is our opinion that EIA is not required for the proposals and look forward to your confirmation of the same.”

An EIA allows council experts to run the rule over whether any proposed development poses any large environmental impacts. It’s not a planning application as such but an EIA can be followed by a formal submission of one.

Council planners have agreed with the developers and decided that the proposal would not cross the threshold for a formal EIA assessment.

Planners, in their decision letter to the developers in late April, said: “The proposed development does not provide a total of more than 10,000 sq-m of new commercial floorspace and only seeks to deliver 110 new residential dwellings – ensuring it would not be considered to have significant urbanising effects in a previously non-urbanised area.

“Only a proportion of the site will have physical development, where the other section includes a new sports pitch.”

They add: “There are no sensitive areas in proximity and the site has absorption capacity of an urbanising development of this nature.

“The provision of residential units in this located will have minimal environmental impacts on the existing neighbouring residents and their surroundings.

“From the information provided, the scheme is not considered to be result in significant adverse environmental impacts during the construction or ongoing occupation of the development, than would be considered under the assessment of a normal application process.”