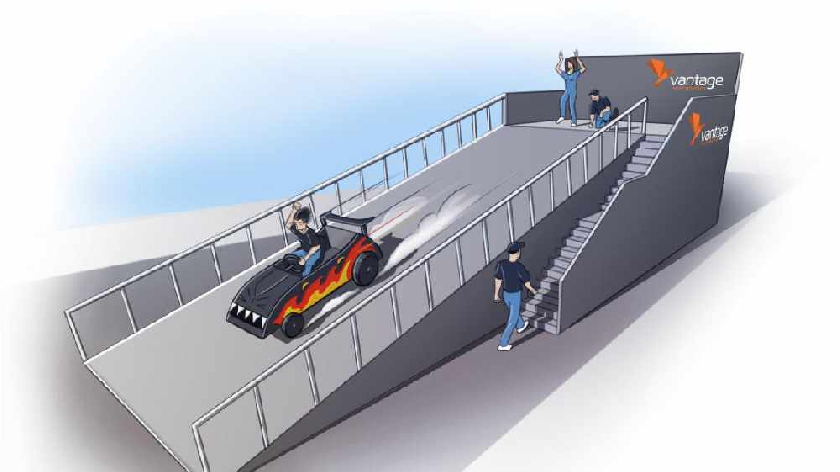 Local award winning event structures company Vantage have been commissioned by the organisers to build a ramp three-times bigger than last years.

Milton Keynes Soap Box Derby is in its second year and it’s set to be even bigger and better than last year’s.  The Derby, which will take place on the 8 June will showcase some crazy home-made karts such as boats, tanks and aeroplane designs. The purpose of the event is to get creative, raise money for charity but most importantly, have some fun!

Each kart will race along Midsummer Boulevard/Saxon Gate in Central Milton Keynes down a 200m course filled with obstacles. Last year contestants got off to a flying start with the aid of a ramp at the starting line, but this year the karts are going to be even faster, with the addition of a super-ramp, built by local award winning event structures company Vantage; who have been commissioned by the organisers to build a ramp three-times bigger than last year's.

Vantage’s MD Matt Bowler said he’s really happy to be supporting the event as all the proceeds are going to Milton Keynes Hospital Charity (MKHC).

The event is being organised by local media house MK21 with the help of the MK Council, Ringway and MyMiltonKeynes.

To take part in the Derby click this link https://www.mksoapbox.co.uk/get-involved