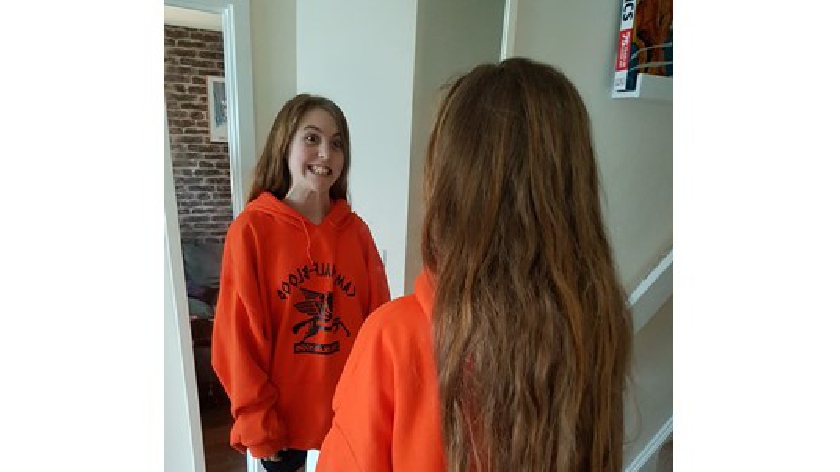 A Milton Keynes teenager inspired to help young people suffering hair loss due to illness is to lop off her own locks in a charity head shave at the upcoming Fenny Poppers Festival.

At midday, the luxuriant locks Bailey has been growing since a small child will be shaved off and the leftover hair donated to the Little Princess Trust- a charity providing free real hair wigs to girls and boys affected by hair loss as a result of illness.

All the money raised from the head shave will go to The Teenage Cancer Trust charity, with Bailey looking to raise around £5,000 from her fundraising efforts.

Bailey, 13, who attends Shenley Brook End school in Milton Keynes, said: “I am very nervous about the head shave as I have had long hair for as long as I can remember so to suddenly not have any is going to be a strange sensation.

“I am going to miss playing with my hair when I don't want to listen to what my parents are saying! However I know that it is a sacrifice worth making because there are young people who are going through really tough times that can benefit from my fundraising.

“I will be videoing the shave and uploading it for all to see, so hopefully lots of people will share it and support it and I can raise as much money as possible.”

Bailey’s family are all getting behind her efforts including her mum Michelle Masterton-Smith, who is understandably proud of her daughter’s kind gesture.

Michelle, who works locally as the TPS Marketing and Communications Manager, said: “We are all very proud of Bailey and what she is doing."

“It’s a brave commitment to do a head shave as I know how much she loves her long hair. It really is her crowning glory and to shave it off shows how meaningful it is for her to do this.”

“We will all be there to support her during the head shave and hope that others can support her by donating to Bailey’s JustGiving page.”

Anyone wanting to donate to Bailey’s sponsored head shave should visit: https://www.justgiving.com/fundraising/buzzcutbailey