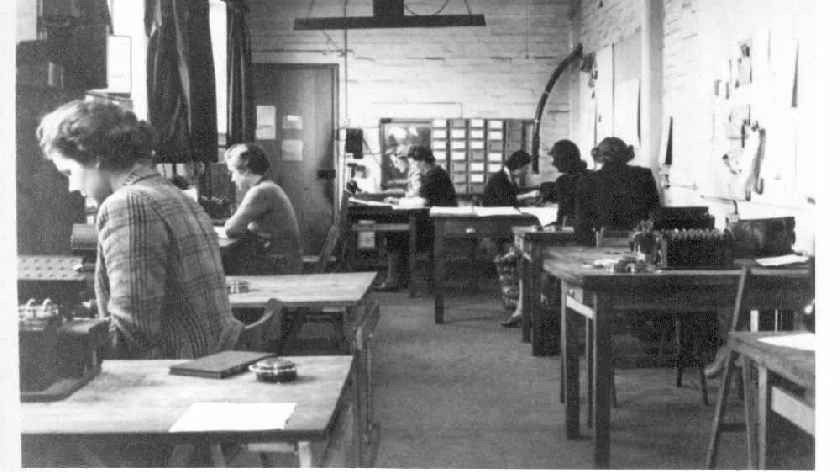 The Institute of Digital Technology at Bletchley Park, home of the World War Two Codebreakers, has come one step closer with news that the concept has been shortlisted for government funding.

The group behind the scheme, led by Milton Keynes College, is seeking finance for the project which will eventually see a thousand students and adult learners a year studying to become a new wave of Bletchley Park alumni in a wide range of digital skills.

The project’s key collaborators include recognised experts in education, technology, heritage, automotive and finance with Microsoft, KPMG, Cranfield University, McAfee, VWFS (Volkswagen Financial Services), Evidence Talks and City & Guilds, as well as the College and the Bletchley Park Trust.  The plan is to restore the currently derelict Block D creating an inclusive centre for the teaching of technical qualifications, apprenticeships, and other training to help redress the desperate shortage of skilled people in the sector.

A recent study from the industry association, ISC Squared, suggests more than two thirds of UK companies are unable to recruit the specialists they need to defend themselves against digital attacks.  The report states that within two years there will be a global deficit of 1.2 million security professionals.  In terms of overall digital competence, British industry faces a persistent shortfall of around 40,000 skilled people. 75% of the members of The British Chambers of Commerce say they lack the staff with the requisite training and ability to meet their digital needs.

The transformation from code breaking to code writing at the historic location is a perfect fit with the government’s aim to turn the Oxford, Milton Keynes, Cambridge growth corridor into the UK’s Silicon Valley.  The Department for Business, Energy & Industrial Strategy published a document (Industrial Strategy: building a Britain fit for the future) in November which says, “In the Cambridge–Milton Keynes–Oxford corridor we have agreed an ambitious programme of infrastructure, housing, business investment and development.. Estimates by the National Infrastructure Commission (NIC) suggest that, with the right actions, annual output of the corridor could increase by £163bn per annum by 2050 – approximately doubling the growth expected to happen without government intervention”  Bletchley Park’s location is doubly advantageous, also lying halfway between London and Birmingham.

Dr Julie Mills, Principal and CEO of Milton Keynes College says, “All the partners are delighted that our plans have been approved to go forward to the next stage of the bidding process.  We know we have the right plan and we know we can make a significant contribution to the country’s digital future.  It’s really encouraging for everyone involved that government can also see the value of the Institute of Digital Technology at Bletchley Park.  It is a project worthy of its prestigious and historic location and one which will have huge significance in the future of Milton Keynes and the nation.”

The IOT bidding process now enters a second more detailed stage whereby applicants must provide more details of their plans around costings, delivery and value for money.  Applicants are being asked to show, “a robust, credible and viable business plan,” to ensure tax payer’s money is spent in the most appropriate way.  Dr Mills says, “Milton Keynes College has already begun discussions with our partners on how best to show the government that the IoT will be a fantastic investment in all our futures.”